Stosur through to Prague quarters

Sam Stosur dismissed Czech wildcard Marketa Vondrousova in straight sets on Wednesday to set up a quarterfinal against Barbora Strycova at the WTA Prague Open. 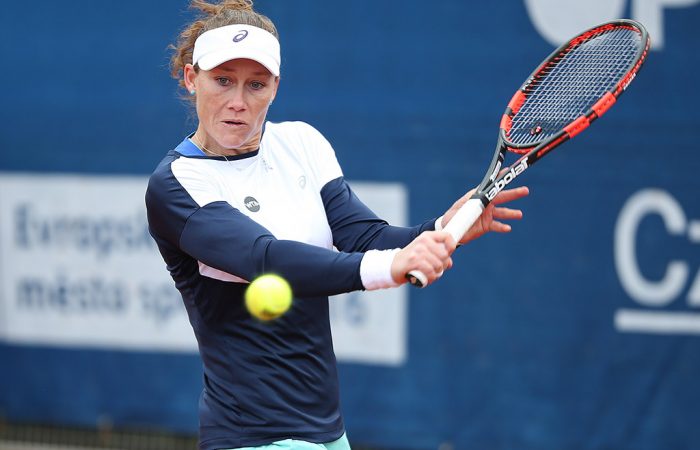 Sam Stosur has continued her strong start to her campaign at the J&T Banka Prague Open, ousting Czech wildcard Marketa Vondrousova in straight sets on Wednesday.

The victory sets up a quarterfinal against another Czech – No.5 seed Barbora Strycova. Strycova arrived in the last eight after seeing over Slovakia’s Jana Cepelova in straight sets.

In their only prior meeting, Strycova beat Stosur in the second round of the Apia International Sydney in 2015.

In other results, the tournament’s top three seeds – Svetlana Kuznetsova, Lucie Safarova and defending champion Karolina Pliskova – all advanced to the quarterfinals at the claycourt tournament.