Nick Kyrgios celebrated his 21st birthday in style with a gritty victory over Inigo Cervantes at the Estoril Open. Fellow young gun Borna Coric awaits in the quarters. 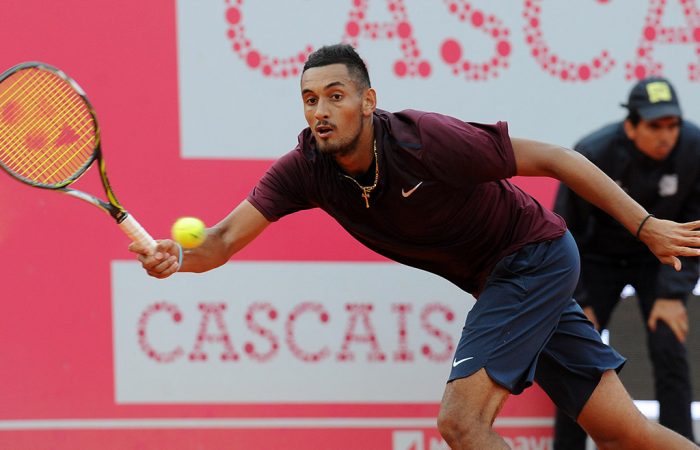 Nick Kyrgios has marched through to the quarterfinals of the Estoril Open clay court event thanks to a hard-fought 7-6(4) 7-5 win over Inigo Cervantes.

The second-seeded Australian was celebrating his 21st birthday and did so in style with the victory, which sets up a battle with Croatia’s Borna Coric on Thursday for a place in the semifinals.

Fifth-seeded Guillermo Garcia-Lopez of Spain overcame Stephane Robert 6-3 7-6 (3) to advance to the last-eight.

Pablo Carreno Busta of Spain eased past countryman Fernando Verdasco 6-1 6-3 to reach the second round.

Verdasco acknowledged his victory just 48 hours earlier over Lucas Pouille in the Nastase Tiriac Trophy final in Bucharest, Romania had left him “a little tired from a week of tough matches.”