Australia stands one win from August's World Finals when they face Thailand in the play-off stage of the World Junior Tennis Asia/Oceania final qualifying event. 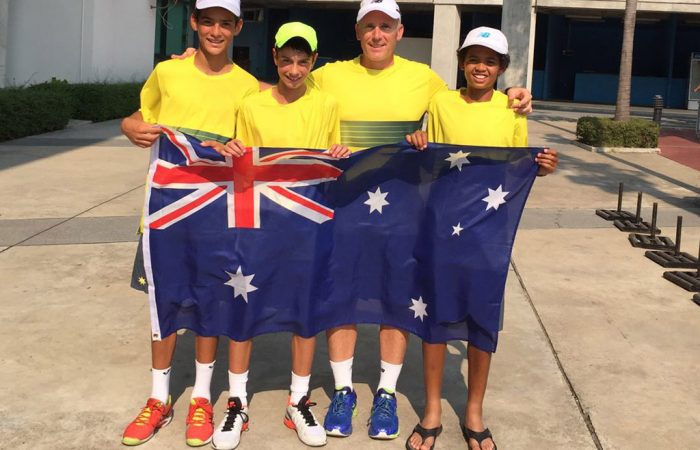 The team – comprising Alex Bulte, Philip Sekulic and Enzo Aguiard – on Thursday face Thailand to secure their spot in the European finale to be staged in August in Prostejov, Czech Republic.

Currently contesting the Asia/Oceania final qualifying competition, Australia lost on Tuesday to Indonesia but finished second in their round-robin group behind India, thus advancing to the play-off stage.

“This team has competed like a true Aussie team should. We battled through heat exhaustion and cramping,” said team captain Bernie Goerlitz.

“We now play Thailand to qualify for Europe. They will be tough as they beat Japan today.”