Sam Stosur will turn her attention to preparing for Roland Garros after a disappointing Fed Cup campaign at the weekend against the United States in Brisbane. 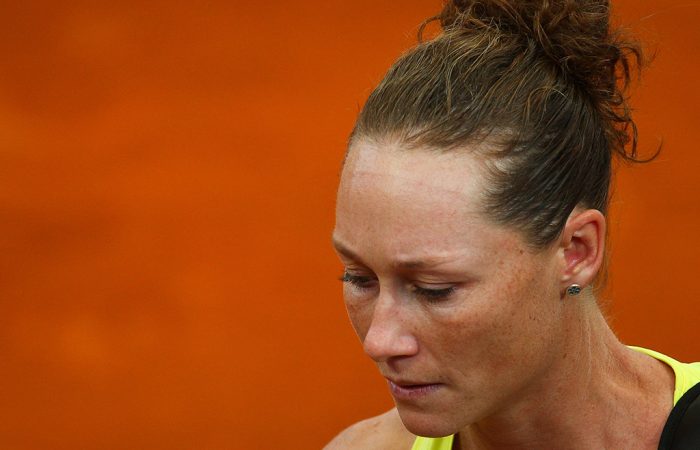 Sam Stosur is aiming to shrug off the disappointment of Australia’s Fed Cup loss to the United States and get her year back on track ahead of her pet grand slam, the French Open.

Stosur fell in both of her singles rubbers at Brisbane’s Pat Rafter Arena as Australia was whitewashed 4-0 in their World Group play-off tie.

Stosur won the first set of both of her clashes against Christina McHale and Coco Vandeweghe but couldn’t complete the job.

The 32-year-old was understandably downtrodden after the tie, but said she could take confidence from the fact that, for the most part, her game was in good shape.

“It can be a very frustrating thing, obviously, and very disappointing. But I guess it’s also a good thing – you’d rather play well and go down in a tough one than not put in a good performance, either,” Stosur said.

“It doesn’t necessarily make it any easier right now, but on the whole I’m playing good tennis. But you want to get those wins.”

She leaves on Wednesday for Prague, where she will play in the WTA event there next week, before moving onto Madrid, then Rome, and then Paris for Roland Garros, beginning 23 May.

“All my training and tournaments leading up is going to have to have that big picture kind of focus towards Roland Garros, without putting it so high you freak yourself out,” she said.

“It’s definitely the Grand Slam where I feel like I can do very well, but you’ve got to play very good tennis and a few things have got to go your way.

“So much goes into trying to do well at a slam.

“I’ve got a few tournaments leading up to that, that’s the next main focus and then I’d love to do well at Wimbledon, Olympics is in there too – there’s so much tennis to be played in the second half of the year, it’s absolutely chockas and there’s heaps of big events.

“I think it’s really important to pace yourself throughout certain weeks when you can because there’s not going to be too much rest by the time Wimbledon starts.”