Edward Vo, Anastasia Berezov, Stefan Storch and Crystal Mildwaters were crowned the winners at the 12/u and 14/u Australian Grasscourt Championships. 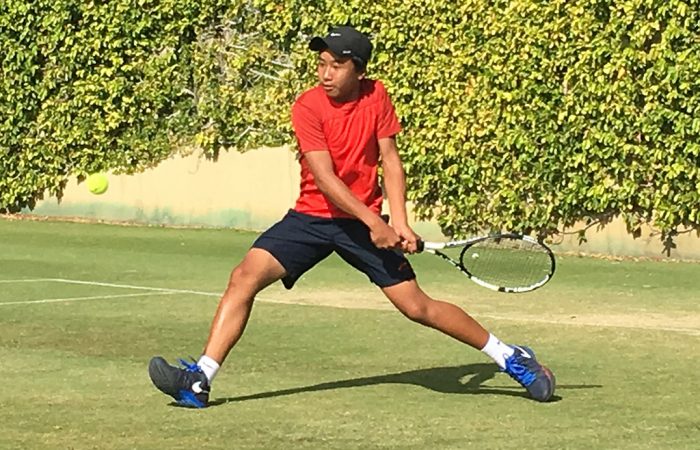 Edward Vo (Croydon Park, SA) is the 2016 12-and-under Australian Grasscourt champion after taking out the boys’ title in Adelaide today.

South Australia’s No.1 12-year-old defeated Haru Sonton (QLD) 6-1 7-6(7) to win the tournament, played in Adelaide for the first time this week.

“In the first set I was playing aggressive and I thought I was comfortable, but in the second set I was 5-1 down. Then things started getting close, he had two set points, but I kept on fighting back and got it to six all and then I won [the second set] 7-6,” said Vo.

The finals were a fitting finale to a tournament that has hosted 128 players from around Australia over the past week, giving players the opportunity to play for national titles and Australian ranking points.

“This event marks the first time South Australia has held a tournament of this kind and we are thrilled to have been a part of it.”

“Tennis Australia is pleased to have been in Adelaide for the Australian Grasscourt Championships over the past week,” added Francis Soyer, Tennis Australia Tournaments Development Manager.

“Our congratulations to all of the players who have been a part of the tournament and our thanks to Next Generation Memorial Drive for their generous hospitality, time and efforts.”