Sara Errani has capitalised on scratchy serving from Sam Stosur while Sloane Stephens proved too steady for Daria Gavrilova in Charleston. 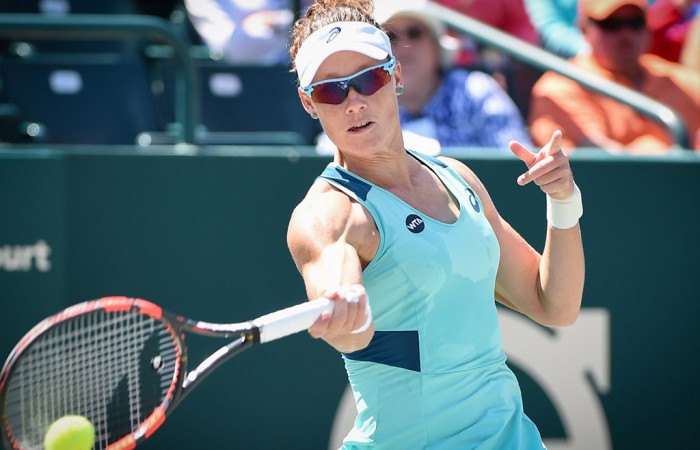 Sam Stosur has been eliminated in the third round of the WTA event in Charleston, beaten by Italian Sara Errani.

Stosur’s serve again proved problematic and was broken in eight of her 11 service games en route to the 6-4 7-6(5) loss.

The No.10 seed and 2010 Charleston champion won just 23 of 66 points on her own serve and only managed to stay in the second set when she broke Errani twice.

In a battle between the No.7 seed Stephens and 12th seeded Gavrilova, there were plenty of athletic, absorbing rallies on the green clay.

Yet Stephens had just a little more pop on her shots and was the more consistent, winning in 92 minutes to set up a quarterfinal against rapidly-improving Russian Daria Kasatkina.