Daria Garvilova and Sam Stosur advance to third round in Charleston. 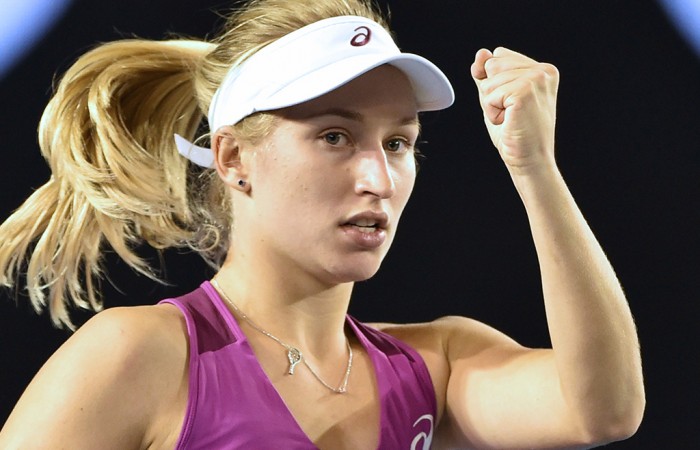 Daria Gavrilova and Samantha Stosur are in good form ahead of next weekend’s Fed Cup tie against the US, with both winning through to the third round of the WTA Tour event in South Carolina.

Gavrilova celebrated her selection for what will be a Fed Cup debut with a comfortable 6-4 6-0 win over China’s Zhang Shuai.

The world No.37, who is seeded No.12 in Charleston, won in just over an hour to move through to a third round meeting with American Sloane Stephens, who beat Danka Kovinic 6-4 6-3.

Stosur, who struggled with her serve in her first-round win, looked slightly better as she beat Slovakian Jana Cepelova 6-4 7-5 in an hour and 35 minutes.

While she was still broken four times, Stosur committed only four double faults, compared to the 11 she served up in her opening round.

The world No.26, who won at Charleston in 2010, will now face Italian Sara Errani in the third round, after she beat Kazakhstan’s Yaroslava Shvedova 6-0 6-3.

American Madison Keys, who will be in Brisbane for next weekend’s Fed Cup tie, was shocked by German Laura Siegemund 6-7(3) 6-4 6-4.

Keys, ranked No.22, was a finalist at the tournament last year.