Nick Kyrgios will crack the world's top 20 come Monday after storming into his first ATP Masters semifinal at the Miami Open. 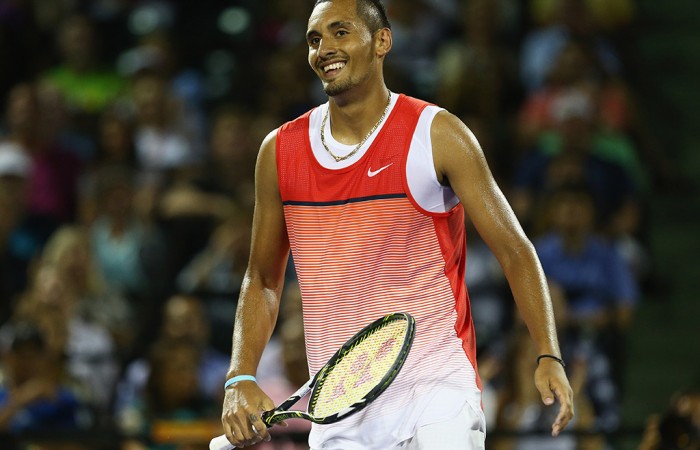 Kyrgios is also set to crack the world’s top 20 and leapfrog Bernard Tomic to become Australian tennis’s new No.1 following his impressive 6-4 7-6(4) defeat of the power-serving Canadian on Thursday (Friday AEDT).

The straight-sets victory vaulted Kyrgios into a last-four meeting with Japanese sixth seed Kei Nishikori and tantalisingly close to a potential title showdown with world No.1 Novak Djokovic.

Raonic has been one of the hottest players on tour in 2016, downing Roger Federer to win the season-opening crown in Brisbane and racking up 18 wins from 20 matches.

His only previous losses this year came against Andy Murray in a five-set Australian Open semifinal thriller and to Djokovic in the Indian Wells Masters final.

But the 12th seed was on the back foot from the outset against Kyrgios, the youngest player – at almost 21 – to ever make the semifinals in Miami.

Kyrgios broke Raonic in the opening game of the match and consolidated for an early 2-0 lead.

Struggling with his own first serve, Kyrgios showed his mettle by fighting off two break-back points in the fourth game, one with an exquisite backhand drop volley and a second with a booming forehand winner.

He saved a further two break points before clinching the first set with a sizzling crosscourt forehand winner.

The second set was a much tighter affair, with Kyrgios holding his nerve to secure victory in a tiebreaker.

The 16th-seeded Monfils was soaked with sweat on a sweltering afternoon but rallied from a 4-1 deficit in the final set.

Nishikori fell behind 0-40 serving at 4-5 but erased those match points and another in that game, and overcame one more match point serving in the 12th game.

He played a solid tiebreaker and closed out the victory with a forehand winner.