Kyrgios beats Smyczek, through to last 16

Nick Kyrgios continues to cut a swathe through the draw at the Miami Open, subduing Tim Smyczek to reach the fourth round. 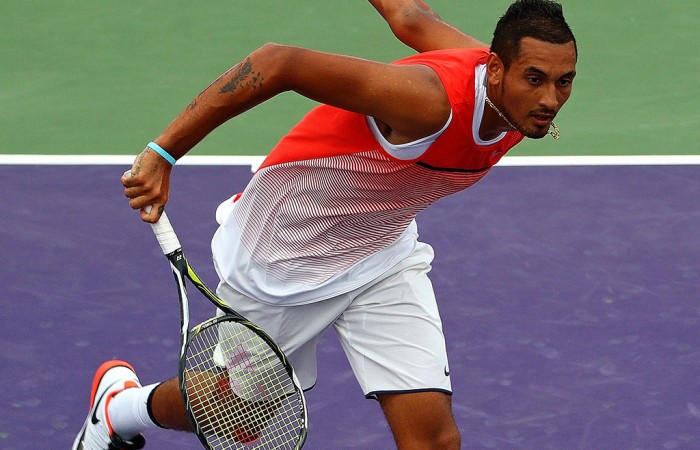 Nick Kyrgios has advanced to the fourth round of the Miami Open after a clinical victory over Tim Smyczek.

The Australian, seeded 24th, broke the American qualifier once per set to record a 6-4 6-4 win.

Kyrgios landed nine aces during the 87-minute triumph, which sets up a fourth-round meeting with unseeded Russian Andrey Kuznetsov.

Kuznetsov saw off Adrian Mannarino of France in three sets.

Kyrgios is yet to drop a set in Miami.