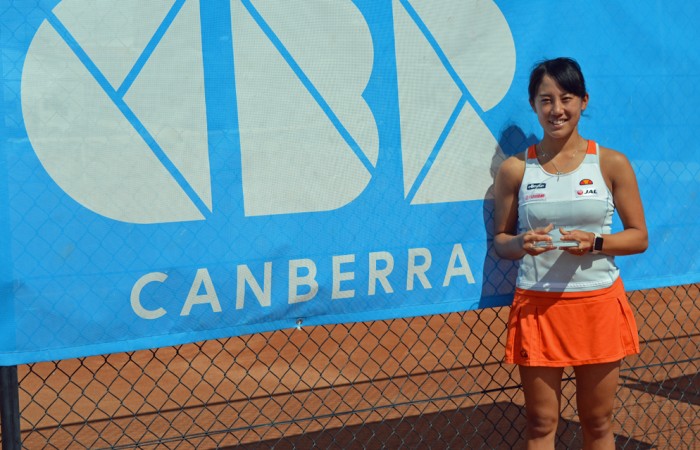 “I’m super happy to win in Canberra,” said the 21-year-old. “There were many Japanese supporters here, and I’m really happy to play well in front of them.”

An early break was enough to hand the world No.165 the first set and, while the pair traded breaks early in the second, it was again Kato creating all the opportunities. Bondar held firm, forcing a tiebreaker, but the top seed raised her level once more to finish over the top of the Hungarian and win her third ITF Pro Circuit title.

“I got a bit nervous towards the end of the match,” she admitted.

After a disappointing tournament last week in Canberra, where she lost in the second round, Kato turned her fortunes around, making the final of the doubles in addition to taking out the singles title.

Kato will now return to Japan to play in the $25,000 ITF event in Kofu, before preparing for French Open qualifying in May.