Kyrgios cruises into Miami third round

Nick Kyrgios has moved through to a winnable third-round Miami Open encounter with Tim Smyczek after blitzing Marcos Baghdatis for the loss of just three games. 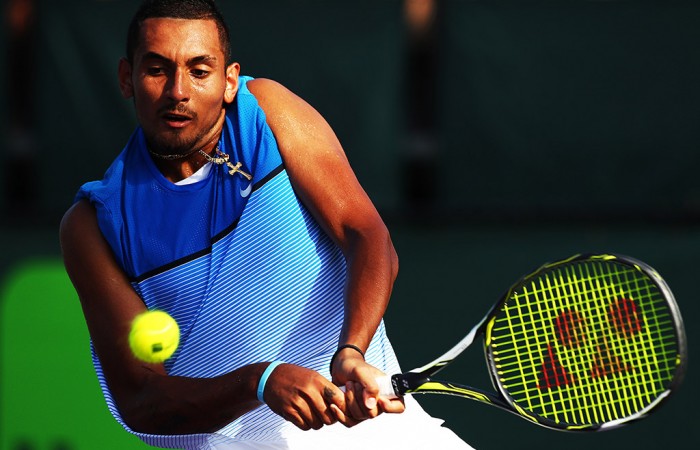 Nick Kyrgios has advanced to the third round at the Miami Open with a routine win on Saturday at the Masters event.

Kyrgios made short work of Cypriot Marcos Baghdatis, defeating him 6-2 6-1 in just under an hour and firing down 14 aces in the impressive victory.

Kyrgios was seeded to face big-serving American veteran John Isner but the world No.13 became yet another seeded casualty – on a day in which Stan Wawrinka and Rafael Nadal exited – in Miami, going down to countryman and world No.132 Tim Smyczek 6-2 2-6 7-6(5).

Kyrgios’ quarter of the draw is now wide open and if he beats Smyczek he will face a player ranked below him for a spot in the quarters.

While Kyrgios made it through there was no such luck for Australian journeyman John Millman.

Millman fell 7-5 6-4 in his second round match to Uruguayan 23rd seed Pablo Cuevas.

One break of serve in each set enough to send Millman, who couldn’t force a break point on Cuevas’ serve packing.