Miami: Millman through, Aussie women out 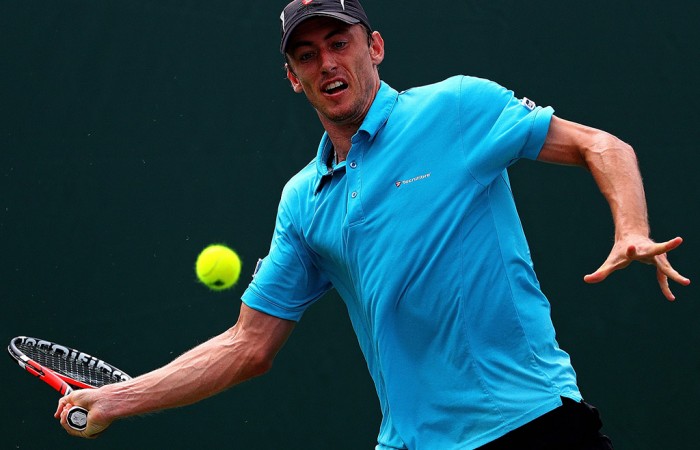 Australia’s John Millman has made it through to the second round of the Miami Open with a straight sets win over world No.53 ranked Spaniard Pablo Carreno Busta.

Yet Daria Gavrilova and Sam Stosur were both beaten in their opening matches at the combined ATP-WTA hardcourt event.

Millman, ranked No.69 in the world, took the match 6-3 6-2 in just over 80 minutes, breaking Carreno Busta three times in each set to book a second round match with Argentine 32nd seed Pablo Cuevas.

Millman joins fellow Aussies Sam Groth and Nick Kyrgios in the second round.

Groth will face Austrian young gun Dominic Thiem in his second-round match while Kyrgios, who had a bye in the first round, will play either Marcos Baghdatis or German qualifier Benjamin Becker.

Stosur fell in what can only be described as a typically rollercoaster loss, going down 3-6 6-1 6-4 to German Julia Goerges.

World No.66 Goerges, who reached No.15 in the world back in 2012 staved off aggressive attacks from Stosur in a second set where she saved all six break points on her serve and broke Stosur twice.

In the final set Goerges took the break early and never faced a break point, holding on to beat the No.26 seed.

Also exiting from the tournament early was No.31 seed Gavrilova, who was beaten 7-5 6-3 by Kazakh Zarina Diyas in just under two hours.

The Australian continues her poor run of form post Australian Open, where she made a memorable run to the round of 16.

Since then Gavrilova has only won one match at a top tier tournament, enduring losses first-up in Dubai, Indian Wells and now Miami.

Her ranking stands to take a hit given the fact she reached the fourth round at last year’s Miami Open.