Ashleigh Barty and Arina Rodionova have won back-to-back doubles titles in Canberra, handing Barty three titles in her five Pro Tour starts since returning to the game in February. 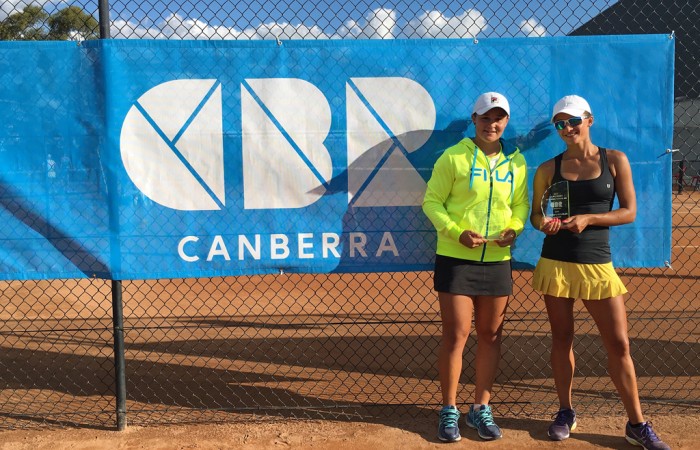 The Aussie duo were first out of the blocks, rushing out to a 5-3 lead, before their opponents rattled off four games in a row to take the first set. Barty and Rodionova didn’t make the same mistake in the second set, squaring up proceedings before eventually securing the title in a match tiebreak.

The 5-7 6-3 [10-7] win marks the third Pro Tour title for Barty in five tournaments since returning to the doubles court in February.

The news wasn’t so good for Rodionova in singles as top-seeded Kato edged her out of their quarterfinal encounter in three tights sets, 6-3 6-7(1) 6-4, in a match lasting almost three hours.

Kato will now face third seed Ya-Hsuan Lee while the remaining semifinal will be fought out between Hungarian qualifier Anna Bondar and Varatchaya Wongteanchai, the No.8 seed from Thailand.