Sam Groth snapped a seven-match losing streak to defeat Victro Estrella Burgos in the first round of the Miami Open. 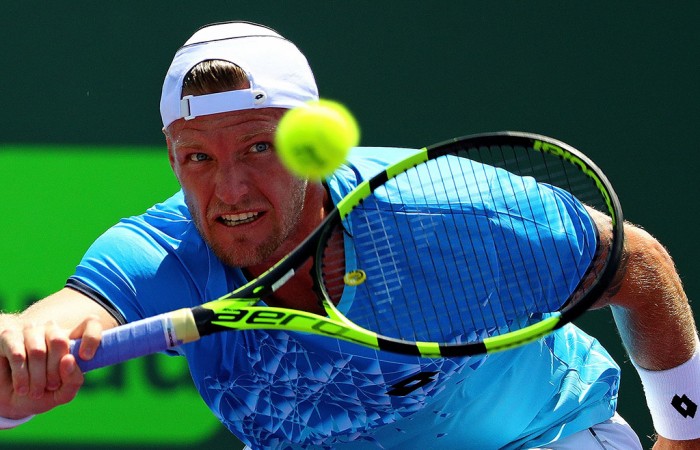 Sam Groth has scored a much-needed singles wing to advance to the second round of the ATP Miami Open in Florida.

The victory sets up a second-round match with 14th seed Dominic Thiem of Austria.

Coming into the Miami tournament Groth was on a seven-match losing streak, his last win coming in the first round of the Australian Open.

Fellow Aussie John Millman plays his first-round match on Thursday, while Nick Kyrgios, the No.24 seed, has been awarded a first-round bye.