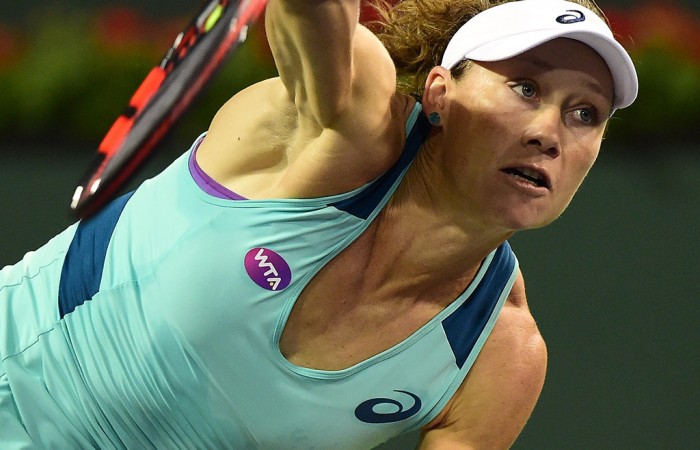 Aussie duo Sam Stosur and Daria Gavrilova have found themselves in tough sections of the draw at the upcoming Miami Open.

Both seeded like they were at the first of the big US spring hardcourt events – at Indian Wells – Stosur and Gavrilova receive first round byes.

Yet they face tough tests as soon as the third round.

Gavrilova, seeded No.31, faces a likely battle against world No.1 Serena Williams should she get past the winner of the first-round match between Olga Govortsova and Zarina Diyas.

Stosur, the No.26 seed, has a projected third-round meeting with fifth seed Simona Halep.

The Queenslander will in the second round take on the winner of the Nao Hibino-Julia Goerges clash.

Stosur and Gavrilova have both landed in the top half of the 96-player draw.