Teenage qualifier Destanee Aiava has been ousted in three sets by Japan's Eri Hozumi in the Canberra Pro Tour final. 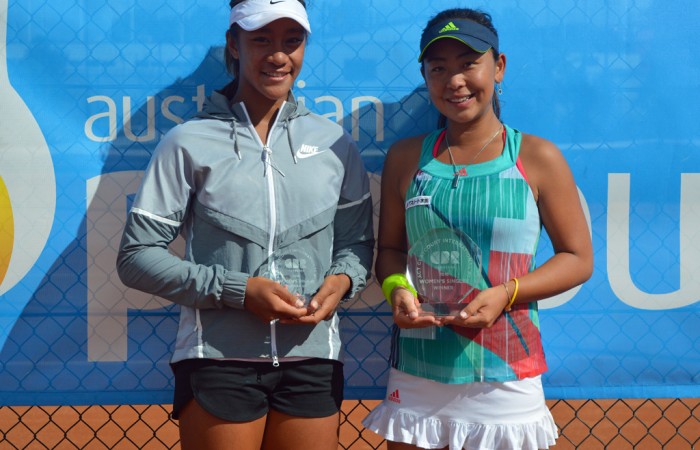 Destanee Aiava has fallen just short of a maiden Pro Tour title after losing a deciding set tiebreaker to Japan’s Eri Hozumi in the $25,000 ACT Claycourt International #1 final on Sunday.

It was an outstanding week from the Melburnian 15-year-old, who fought her way through qualifying to win six consecutive matches before falling to the No.4 seed 6-3 3-6 7-6(3).

“I was getting tired towards the end,” Aiava said after the match, which lasted over two-and-a-quarter hours. “But I was really happy to get as far as I did.

“I’m hoping I can do it again next week.”

After clinching her third ITF title, Hozumi said she was pleased to get through and win after a tough week.

She also reserved some praise for the upcoming Aiava.

“She is very stable mentally and physically for her age. She played very well and my congratulations to her for reaching the final.”

Later in the afternoon, Aussie pair Ashleigh Barty and Arina Rodionova took the doubles title – the second for Barty since her return to the game last month – after defeating second seeds Kanae Hisami of Japan and Thai Varatchaya Wongteanchai 6-4 6-2.