Destanee Aiava and Olivia Tjandramulia have set up an all-teenaged, all-Australian semifinal at the ACT Claycourt International #1. 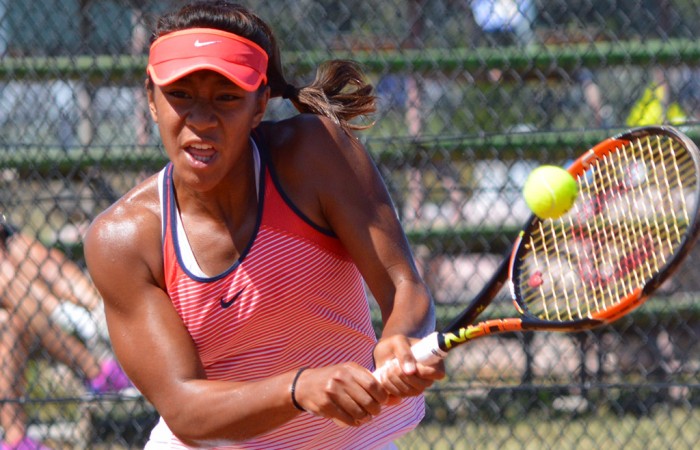 Teenage qualifier Destanee Aiava has reached the semifinal of the $25,000 ACT Claycourt International #1 after a telling 6-2 6-2 victory over Queensland wildcard Naiktha Bains.

Tjandramulia has had a stand-out week in Canberra, earlier toppling the tournament’s No.1 seed and world No.166 Miyu Kato of Japan.

After a delayed start due to heavy rain on Friday, it was Aiava – the 15-year-old from Melbourne – who jumped out of the blocks against Bains, booking her semifinal berth with a minimum of fuss in just under 90 minutes.

The win underpins Aiava’s upset victory over No.3 seed Ya-Hsuan Lee – ranked some 500 WTA ranking places above her – in the second round.

Having reached her first ITF semifinal after beginning the tournament as a qualifier, Aiava will aim to build on her successful run of five consecutive matches in Canberra into the weekend.

“I wasn’t expecting to get this far. I’m just really happy and excited with my efforts,” she said. “I’ve been working on my game and I feel a lot more confident now.”

Japanese fourth seed Eri Hozumi will await the winner of Frenchwoman Sherazad Reix and Lu Jia-Jing of China to contest the remaining finals spot. Reix had taken the first set when the match was suspended due to bad light.