Bains eases into Canberra second round

Teenaged wildcard Naiktha Bains has begun her campaign at the Canberra Claycourt International #1 on the perfect note. 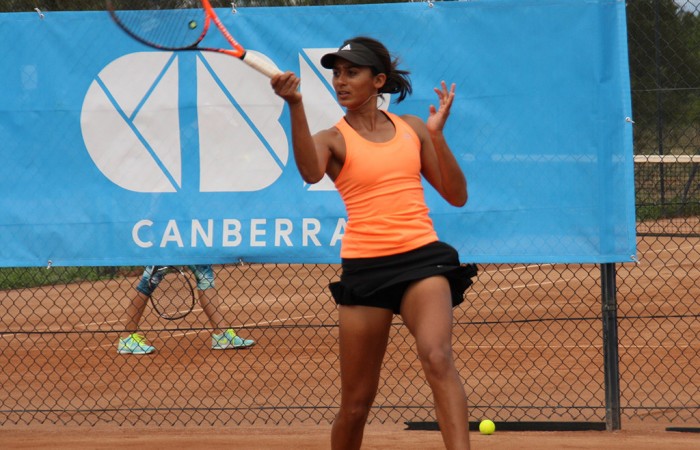 Bains, who benefits from training on her own clay court at home, said she feels confident on the Italian clay in Canberra.

“I’m comfortable on all surfaces, but I do enjoy playing on the clay, to be honest. I like it,” she said.

“I was pretty solid today, it was good,” she said. “I’m continuing to work on a few things in my game and trying to put them into place.

“Hopefully I will start getting further into these Pro Tours.”

Bains now faces the winner of Thai No.8 seed Varatchaya Wongteanchai and German qualifier Vivian Heisen in the second round.

The only other Australian in singles action on Tuesday, Storm Sanders, was not quite so fortunate, losing in straight sets to Japanese sixth seed Erika Sema.

The West Australian put up little resistance in the opening set but fought her way back into the match, eventually bowing out 6-0 7-6(3).

Wednesday’s action will see local favourite Alison Bai looking to cause an upset against top seed Miyu Kato of Japan, while her fellow Canberran Ashley Keir finds herself up against teenage qualifier Destanee Aiava.