An ongoing wrist injury has forced Bernard Tomic to withdraw during the second set of his match at Indian Wells against Milos Raonic. 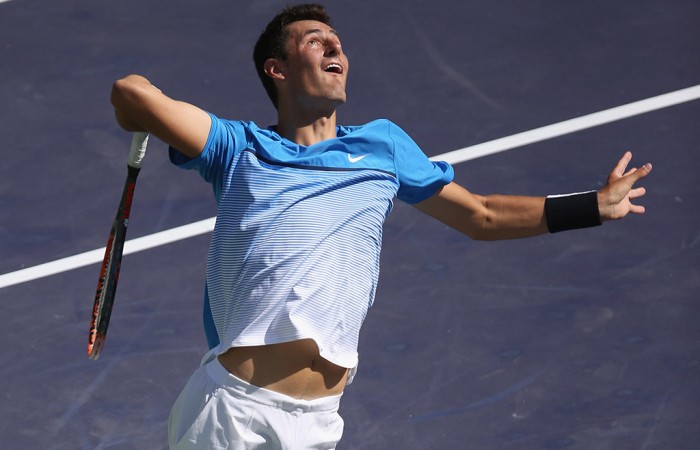 Bernard Tomic’s problematic right wrist has contributed to a third round exit from the BNP Paribas Open at Indian Wells.

The Australian No.1 struggled throughout his clash with big-serving Canadian Milos Raonic, before retiring injured while trailing 6-2 3-0 on Monday.

Tomic has battled the injury since the Australian Open in January, and lasted just 36 minutes against world No.14 Raonic and won just 18 points.

The 23-year-old was already in doubt for next week’s Miami Open, and was reportedly already set to have scans on the wrist after the match against Raonic.

Tomic’s withdrawal leaves Sam Stosur as the only remaining Australian in the singles draws at Indian Wells.