Daria Gavrilova is the top seed at this week's WTA San Antonio Open, while Casey Dellacqua is the No.1 seed in the doubles draw. 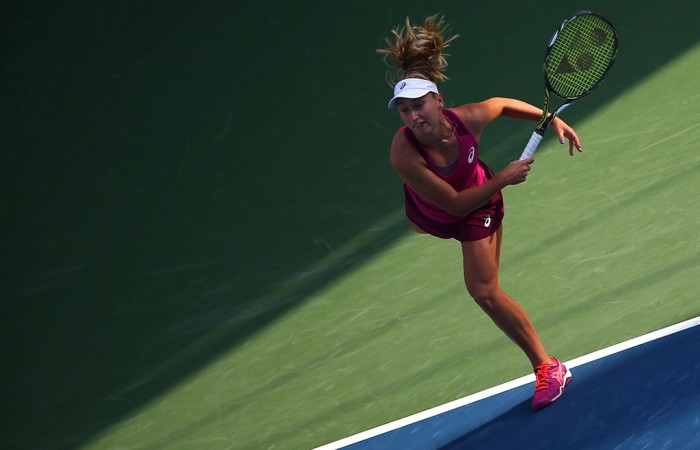 Australian tennis starlet Daria Gavrilova is stepping up her bid for a grand first-time slam seeding at the French Open.

Gavrilova has accepted a late wildcard into the San Antonio Open, where the 22-year-old heads the 32-strong draw.

Currently ranked 33rd, Gavrilova needs to climb into the world’s top 32 to be seeded at Roland Garros, the season’s second major getting underway on 22 May.

The Russian-born former junior Grand Slam winner has soared from outside the top 200 in the past 18 months and recorded a career-best fourth-round showing at the Australian Open in January.

Gavrilova, who lost her opener in Indian Wells at the weekend, launches her San Antonio Open campaign on Wednesday against Belarusian Olga Govortsova.

It was Dellacqua’s first singles match since suffering concussion in a freak fall at the China Open five months ago.

Dellacqua is the top seed in the concurrent doubles event; she is partnering Croatia’s Darija Jurak.