Sam Stosur and Daria Gavrilova are seeded for the prestigious BNP Paribas Open, beginning this week at Indian Wells. 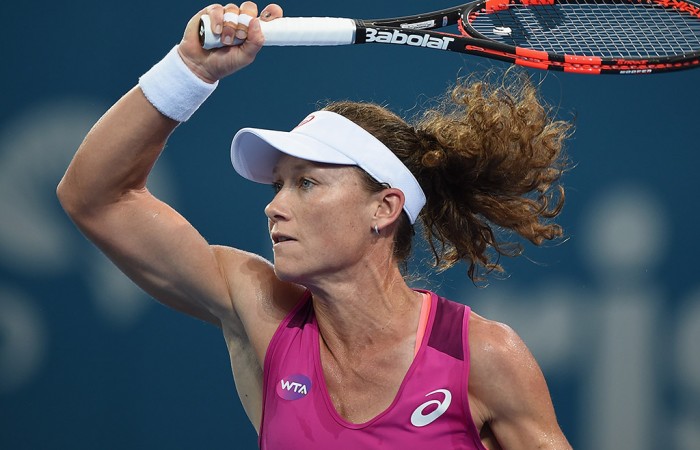 Australians Sam Stosur and Daria Gavrilova are among the 32 seeds in the draw for the BNP Paribas Open at Indian Wells, California.

The pair, seeded No.26 and No.31 respectively, have received first-round byes as a result of their seeding.

Gavrilova will face the winner of the match between Magdalena Rybarikova and Laura Robson, the Brit on the comeback trail after chronic wrist injuries.

Should she get through that, she faces a likely third-round meeting with seventh seed Belinda Bencic.

Stosur, a semifinalist in the Californian desert in 2010 and a quarterfinalist in 2013, is projected to take on No.4 seed Garbine Muguruza in the fourth round.

To get there, she will have to navigate in the second round the winner of the match between Polona Hercog and Yanina Wickmayer.

In qualifying, Australia’s Jarmila Wolfe was a 6-2 6-2 loser to No.7 seed Laura Siegemund in the first round.

The BNP Paribas Open is being staged at the Indian Wells Tennis Garden from 7-20 March. The men’s qualifying and main draws are still to be released.