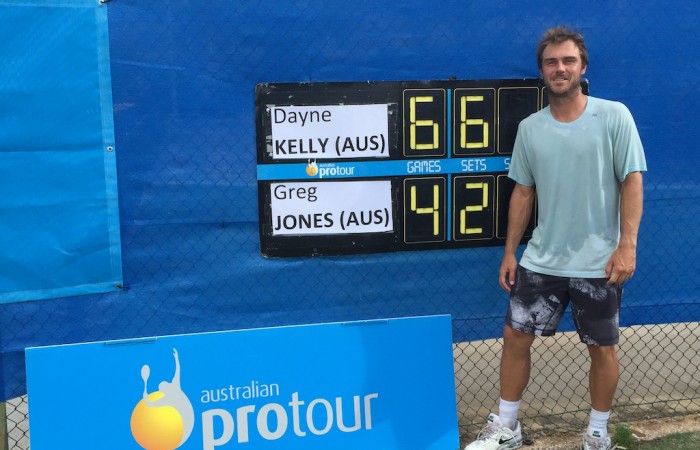 Dayne Kelly has taken out the 2016 Mildura Grand Tennis International with a solid 6-4 6-2 victory over Greg Jones on Sunday.

The 25-year-old Victorian started strongly and never looked back, making the most of the grass by using his serve and volley game to effectively thwart the big-hitting Jones.

After winning his fifth ITF Futures title, Kelly said it was the mental side of his game that was his best asset this week.

“It’s been a really big effort and I’ve tried to focus all my energy on my mental toughness,” he said. “To follow up my title in Wollongong so early in the year and gradually keep getting better and better is really good. If I just keep winning matches, things will take care of themselves.

“I’ve got a few goals but mainly I’m just trying to keep improving every week, on and off the court especially, doing all the right things.”

Kelly, the No.6 seed in Mildura, was also quick to praise his finals opponent Jones.

“We’ve known each other for years now, so it was great fun to play against him,” he said. “He’s always dangerous, he’s got a lot of wisdom and he’s definitely got the weapons to hurt you.”

Earlier in the day, unseeded Russian Anastasia Pivovarova held on to win her first singles titles since June 2014 in Turkey when she overcame a determined Barbora Stefcova. The sixth-seeded Czech took the match right up to Pivovarova after dropping the opening set, but eventually succumbed 6-4 4-6 7-5.