Incredible Isner puts US up 1-0

John Isner brushed aside Sam Groth on Friday to put the Americans 1-0 ahead in the Australia v United States Davis Cup tie at Kooyong. 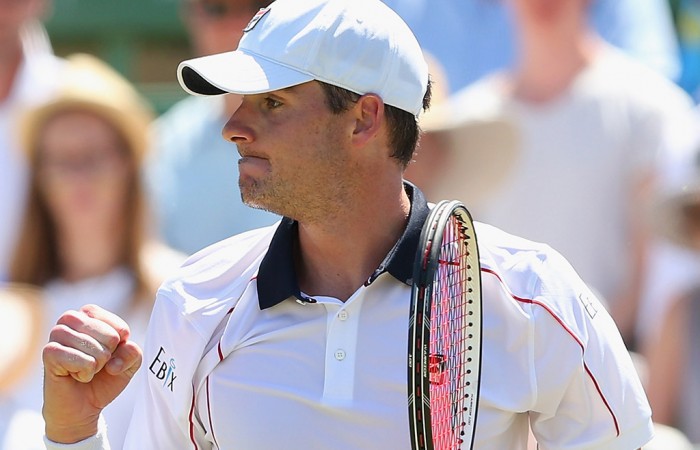 John Isner has produced a masterful display to brush aside Sam Groth in the opening singles rubber of the Australia v United States Davis Cup tie at Kooyong.

Isner served strongly and returned impressively, posting a 7-6(2) 6-2 6-2 victory in one hour, 49 minutes on a hot, sunny Friday in Melbourne.

The Australian created six break point opportunities yet failed to convert any of them throughout the match, with Isner’s serve bailing him out of trouble time and time again.

“Had I maybe have taken a chance in that 0-40 (fifth) game early, maybe it’s a different story,” Groth said.

“He hit that one backhand winner that clipped the line in that tiebreak and then his confidence just seemed to build. He started taking cuts on his returns, and to his credit, they started going in.

“Everyone thinks of John as (just) a big server, but the guy’s 11 in the world. He’s a quality player … he returned well, got on top and got confident, and it was hard to stop.”

Bernard Tomic will aim to level the tie for the hosts when he takes on Jack Sock in the second singles rubber.

That stage was set for a magnificent battle; blue skies, verdant grass and packed stands greeted the players as they entered the court and stood for rousing renditions of their respective national anthems.

The vocal home support was led by the Fanatics – who were in turn bolstered by a group of musicians and the occasional toots of trucks passing on the nearby freeway – and Groth seemed to feed off it, racing ahead 0-40 in the fifth game.

Isner snuffed out all of those break points, nosing ahead 3-2.

It was a pattern that repeated – Groth earned a break point in the eighth game, only for Isner to erase it with an ace.

Onto the tiebreak the match went, and it was the American who played far more cleanly. He scored two mini-breaks to lead 5-2, and closed it out two points later on serve.

According to Isner, that was the key to the match. “At 0-40 (in the fifth game) I was essentially facing three set points there,” he said.

“But I got through those three, I got through another one, and I played a very solid tiebreaker … I knew I wasn’t going to be feeling fantastic right away. Of  course there’s a lot of nerves, and I hadn’t seen his serve yet.

“I sort of got rid of those nerves in the first set and I got used to seeing his serve out there. I became a lot more comfortable after that first set.”

A shellshocked Groth proceeded to drop serve in the very first game of the second set.

Isner, growing in confidence, made him pay. Not only was his serve clicking, but he also found rhythm on his returns and ground game. He broke Groth again in the seventh game en route to pocketing the second set in just 29 minutes.

When Isner broke serve in the third game of the third set, Groth’s chances of digging out a victory grew ever more slim.

He fought valiantly, moving ahead 15-40 in the sixth game with two more chances to get the set back on serve.

Isner then smacked two consecutive return winners to break again for a 5-2 lead, and closed out the match in the very next game.

“It was a very very good performance from me,” Isner said.

“Certainly I’ve played some matches, a lot in my career, where I’ve struggled on my return, but I think today I was pretty solid.”