Sam Groth and Bernard Tomic will feature in the singles rubbers for Australia on the opening day of Davis Cup play at Kooyong on Friday. 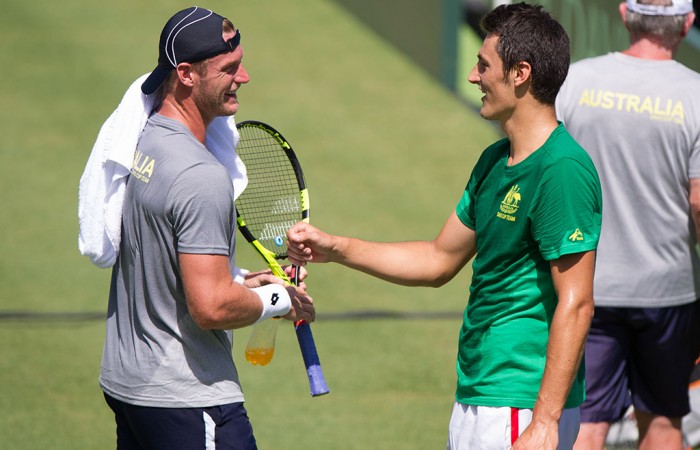 Sam Groth will open Australia’s Davis Cup tie against the United States when he takes on John Isner at Kooyong Lawn Tennis Club on Friday.

The World Group first round tie, staged on grass at Melbourne’s former home of the Australian Open, will then see Bernard Tomic taking on Jack Sock in Friday’s second singles rubber.

Groth will be back out on court on Saturday, teaming with John Peers in the all-important doubles rubber against American legends Bob and Mike Bryan.

Tomic is scheduled to take on Isner in the first of the reverse singles on Sunday, with Groth then up against Sock.