Australian greats John Fitzgerald and Todd Woodbridge will be presented with Davis Cup Commitment Awards during this weekend's tie between Australia and the United States. 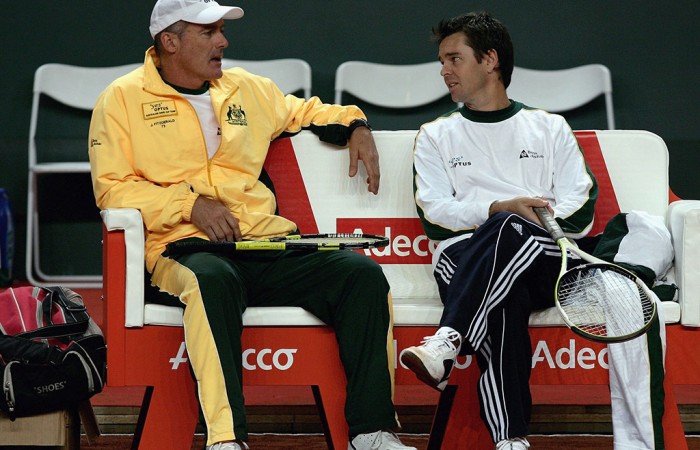 The duo were presented with their awards during the official team dinner for the Australia v United States Davis Cup World Group first-round tie in Melbourne.

The Davis Cup Commitment Award is presented to players who have shown long-standing dedication to representing their country in Davis Cup competition.

Award recipients must have competed in a minimum of 20 home-and-away ties or 50 ties at any level of the competition – including week-long zonal events – throughout their careers.

Fitzgerald was captain of the winning Australian team of 2003, which Woodbridge was a part of.

Woodbridge was also part of Australia’s victorious team of 1999 and built a stunning 30-11 win-loss record across singles and doubles in 32 ties. He first represented Australia in 1991 and did so for 14 of the next 15 years, playing his last tie in 2005.

“The Davis Cup Commitment Award reflects the dedication by players for more than a century to represent their country in this prestigious competition,” said ITF president David Haggerty.

“These players have continued to rise to the unique challenge of competing in a team environment in front of their home fans, and we believe that it is fitting to recognise their efforts.”