Hewitt: Kyrgios, Tomic should be fit

Australian Davis Cup captain Lleyton Hewitt is confident spearheads Bernard Tomic and Nick Kyrgios will be fit for battle against the United States from this Friday at Kooyong. 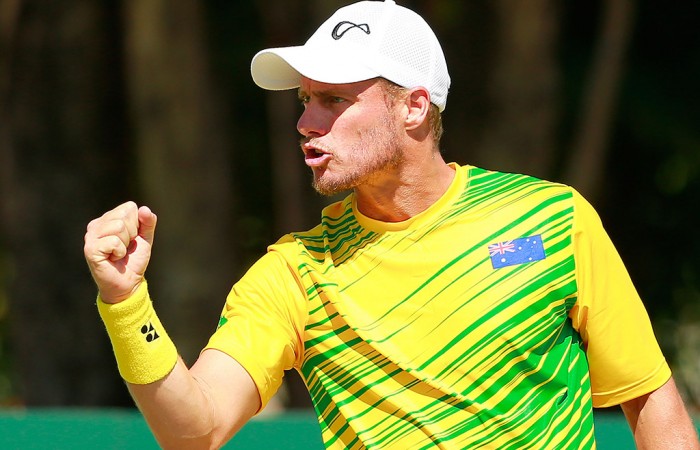 Davis Cup captain Lleyton Hewitt has dismissed concerns over the fitness of star duo Nick Kyrgios and Bernard Tomic for this week’s first-round tie against the United States.

Kyrgios retired with back and hip issues during his Dubai semifinal against Stan Wawrinka in Dubai just three days ago, while Tomic was hampered by wrist soreness as he lost to Dominic Thiem in Sunday’s final of the Acapulco Open in Mexico.

However new captain Hewitt was confident on Monday that both players would be fit and ready if eased through practice ahead of the World Group first round tie at Melbourne’s Kooyong club starting on Friday.

“Both Nick and Bernie are playing extremely well at the moment … the biggest thing for them is to get their bodies as close to 100 per cent physically because they’ve had the matches,” Hewitt said.

“It’s more about just managing those two now because they’ve had such a busy workload with the Australian summer and they’ve both gone away straight after that, had good results and got matches under their belts.”

Hewitt said that he had touched base with Kyrgios following his injury retirement and the 20-year-old assured him he would be available.

Assuming they’re passed fit, Kyrgios and Tomic will battle American world No.11 John Isner and world No.24 Jack Sock in the singles matches.

Both US players practised on the drop-in grass court at Kooyong on Monday, with Kyrgios and Tomic scheduled to have their first hit on the temporary centre court on Tuesday.

“It’s more just about getting a bit of a feel for the grass,” Hewitt said.

“I’m comfortable with both of those guys that their games naturally suit grass as well so it’s not going to take them very long.”

Doubles specialist John Peers will make his Davis Cup debut for Australia at 27 years of age. He partners Finnish right-hander Henri Kontinen on the tour but is confident he will form a strong partnership with Sam Groth against celebrated US duo the Bryan brothers.

“We’ve known each other for years and years, so it’s always good to get on the same side of the net as Sam,” Peers said.

“Knowing each other for so long it’s actually really easy and comfortable to slip straight into it and play some good tennis together.”