Tomic through to Acapulco semis

Bernard Tomic has cemented a spot in the semifinals of the Abierto Mexicano Telcel after overcoming Ukrainian Illya Marchenko on Thursday. 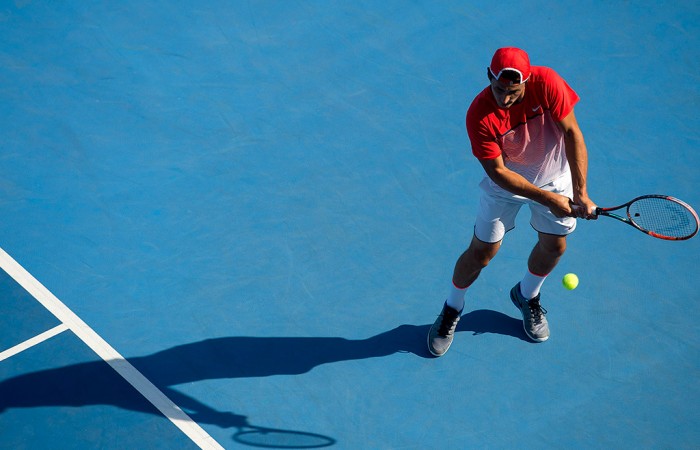 Bernard Tomic is through to the semifinals of the ATP 500 event in Acapulco, Mexico after beating Ukrainian Illya Marchenko in straight sets.

Tomic recovered from a mid-match lull against the world No.85, winning 7-5 7-5 despite dropping service games late in the first set and early in the second.

After breaking Marchenko in the opening service game, Tomic’s 5-2 lead evaporated to 5-5 before the Australian recovered to win the final two games of the set.

He was the broken again early in the second set, before winning the final four games – including 11 of the last 13 points – to close out the match.

Tomic is the only remaining Australian in the draw after John Millman and Sam Groth were both beaten earlier in the week.

The fifth-seed and world No.21 will on Friday (Saturday AEDT) now face the winner of the match between Ukraine’s Alexandr Dolgopolov and Dutchman Robin Haase.