Kyrgios marches on in Dubai

Nick Kyrgios has set up a blockbuster quarterfinal against Tomas Berdych in Dubai after winning his seventh straight match. 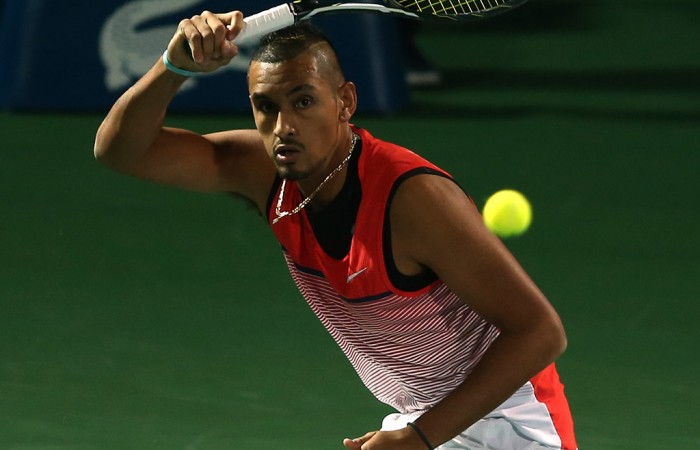 Nick Kyrgios has continued his hot run of form with a comfortable straight sets win over Mikhail Kukushkin to advance to the quarterfinals of the Dubai Tennis Championships.

The 20-year-old Canberran, who won his maiden ATP event in Marseille last week, brushed aside the unseeded Kazakhstani 6-3 6-2 to seal a seventh successive victory, setting up a clash with third-seeded Czech Tomas Berdych.

Kyrgios beat the world No.7 in last week’s semifinal in France to avenge his loss to the talented 30-year-old at last month’s Australian Open.

Berdych said he’s looking forward to facing the enigmatic Australian for the third time this year.

“He’s full of fireworks on the court – in a good way,” Berdych said. “He’s playing really aggressive. He’s going for a lot of shots, risking a lot.

“For me it’s going to be a big challenge. I have a lot of revenge to get back after last week. I must refocus myself, try to raise the game, and play some good tennis again.”

“Sounds like I played many matches in my career,” a smiling Djokovic told the crowd.

Djokovic has won the Dubai title four times, but lost to Federer in the last two years.