A strong contingent of Aussie men feature in the draw at the Nystar Port Pirie Tennis International while the women's event sees the doubles return of Ash Barty and Casey Dellacqua. 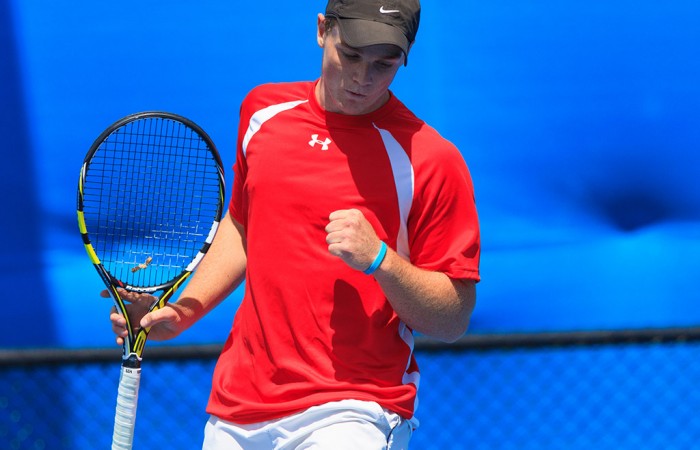 Daniel Hobart has arrived home in a buoyant mood ahead of the 2016 Nyrstar Port Pirie Tennis International which begins on Tuesday.

“I love coming back home, I get to sleep in my own bed and everyone is really nice to me,” the 17-year-old said.

Hobart enjoyed a break-out tournament in 2015, reaching a career-best ITF semifinal, but says this year he is taking it one match at a time.

“It kickstarted my season last year. Hopefully this year I can go a bit better, and start my year off well again, but I haven’t got any expectations on myself.

“I’m hitting the ball well at the moment and I’m probably the fittest I’ve ever been, so I’m really looking forward to just getting into the tournament.”

Hobart faces 20-year-old qualifier Feda Bilic in the opening round, before a potential meeting with the tournament’s top seed, Gavin van Peperzeel.

The Queenslander starts his own campaign against Daniel Nolan with Kiwi No.5 seed Jose Statham a possible quarterfinal opponent. Beyond that, recent Launceston ATP Challenger winner Blake Mott may loom.

Sitting in the bottom half of the draw, local drawcards Alex Bolt and Bradley Mousley, seeded No.2 and No.8 respectively, lead the charge.

In their first round encounters, Bolt has teenager Marc Polmans to contend with while Mousley finds himself up against the ever-solid Christopher O’Connell.

With no Australians seeded in the women’s draw, it will be left to the likes of recent Perth #2 title winner Arina Rodionova and her Fed Cup travelling companion Kimberly Birrell to fly the flag for the local contingent.

Rodionova meets local teenager Petra Hule in the opener with the winner potentially taking on No.7 seed Han Na-Lae of Korea, while Birrell has American qualifier Julia Jones first up with Austrian fifth seed Barbara Haas a likely second round opponent.

Meanwhile, Canberra’s Alison Bai will need to be at her best, having drawn top seed Jang Su Jeong of Korea.

Barty launched her comeback to professional tennis this month at back-to-back Australian Pro Tour events in Perth, winning a doubles title in her first outing alongside Moore.

Dellacqua’s return from injury also commenced this month, when she teamed up with Sam Stosur to win the deciding doubles rubber in the Fed Cup tie against Slovakia.