With his second top 10 victory in as many matches, Nick Kyrgios has advanced to the final of the Open 13 in Marseille. Marin Cilic awaits. 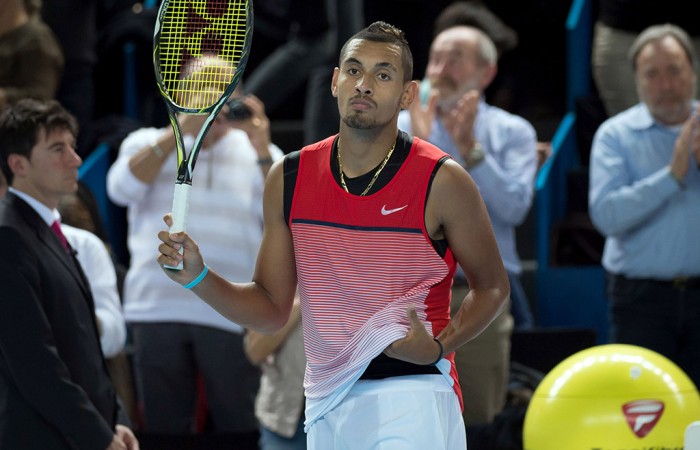 Australian Nick Kyrgios has reached the final of the Marseille Open after sending down 15 aces to steamroll second-seed Tomas Berdych in straight sets.

The big-serving Australian won 93 per cent of his first-serve points and did not face a break point in the 70-minute 6-4 6-2 semifinal victory.

Kyrgios’ win avenged his Australian Open loss to Berdych and the 20-year-old has now recorded consecutive wins over players in the top 10 ATP rankings after defeating Richard Gasquet in the quarterfinals.

Sunday’s final against Croatian Marin Cilic promises to be a powerful affair with Cilic, playing in Marseille for the first time in five years, firing 22 aces to defeat Benoit Paire 6-2 6-7(3) 6-3 in their semi.

The world No.12 dropped serve only once in the two-hour match to set up only his second meeting with Kyrgios, Cilic winning the previous encounter at the 2013 French Open.