Sanders and Rodionova into Perth #2 semis

Storm Sanders and Arina Rodionova are both through to the semifinals in Perth. 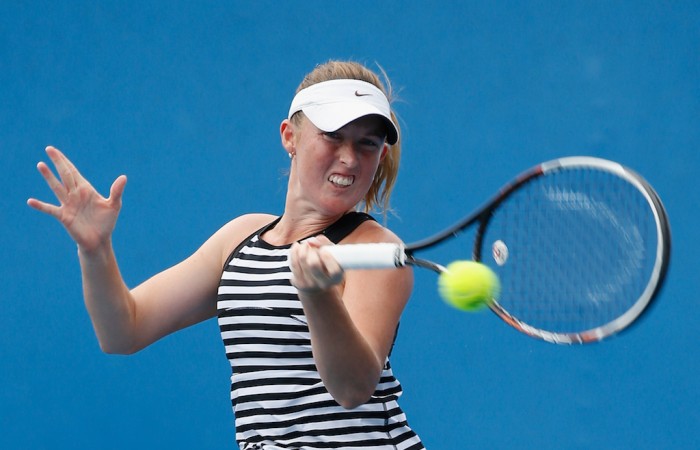 Storm Sanders and Arina Rodionova have reached the semifinals of the Perth Tennis international #2 after completing straight sets wins over their respective opponents on Friday.

With both recently returning from Australia’s successful Fed Cup tie in Slovakia, Sanders remarked on how the experience had improved her overall game.

“I had a really good training week there and obviously that’s given me a lot of good hitting,” she said. “I loved working with Sam (Stosur) and Casey (Dellacqua) and just being in a really good team atmosphere.

“I find I always thrive in those environments so it was great to get some momentum and then come to Perth and string some matches together.”

The local favourite was too solid for Czech Barbora Stefkova, a seven-time winner on the ITF circuit, taking the match 7-5 6-4. Required to qualify for the event, Sanders has now won six consecutive matches.

She has won eight of her last nine matches, having reached the quarterfinals in the first $25,000 Perth ITF event last week.

“I’m trying to be really tough on court and trust in my game,” she said. “I’m taking confidence from every match and not putting pressure on myself. It’s a good feeling.”

With her long-standing injury woes behind her now, the 21-year-old added that she is finally confident in her body again.

“Just knowing I can go out and play takes a lot off my mind,” she said.

Sanders faces unseeded Belarusian Aryna Sabalenko for a place in the final.

The doubles title was taken out on Friday by Victorian Tammi Patterson and Katarzyna Pitar of Poland, who edged out Korean pair Han Na-Lae and Jang Su Jeong, the No.3 seeds, 4-6 6-2 [10-3].

Patterson and Pitar took out Perth #1 winners Ash Barty and Jess Moore in the opening round.