Nick Kyrgios has set up an Australian Open rematch against No.2 seed Tomas Berdych after a dominant display against Richard Gasquet in the Marseille quarterfinals. 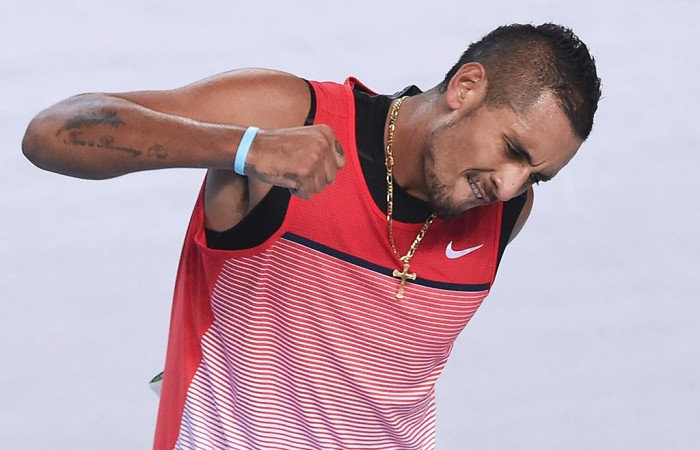 Nick Kyrgios has booked a spot in the semifinals with a comfortable victory over Richard Gasquet at the ATP Open 13 in Marseille, France.

The Australian defeated the third-seeded Frenchman 6-0 6-4 on Friday.

Gasquet was a victor in Montpellier a fortnight ago, while Kyrgios’ appearance in Marseille is his first competitive outing since the Australian Open.

Kyrgios, who is ranked 41st, fired 17 aces and dropped only two points on his serve in the second set.

He racked up a perfect 100 per cent of points on his first serve and smacked three aces in the final service game.

“He played like a top-10 player for sure,” Gasquet said. “He’ll get there one day, there’s no doubt about that.”

It was Kyrgios’ second victory over Gasquet after beating him in the second round at Wimbledon in 2014.

Kyrgios will go on to face No.2 seed Tomas Berdych, who ousted David Goffin in straight sets.

Berdych ended Kyrgios’ Australian Open campaign in the third round just a few weeks ago.

In the other semifinal, Croatian Marin Cilic – who defeated Russia’s Andrey Kuznetsov 6-3 6-4 – will face Benoit Paire, who upset No.1 seed Stan Wawrinka in three sets.

Kyrgios is the only unseeded player among the four semifinalists.