Ivanovic far too strong for Gavrilova

Daria Gavrilova managed to win just one game against a surging Ana Ivanovic, who blasted into the Dubai second round in just 53 minutes. 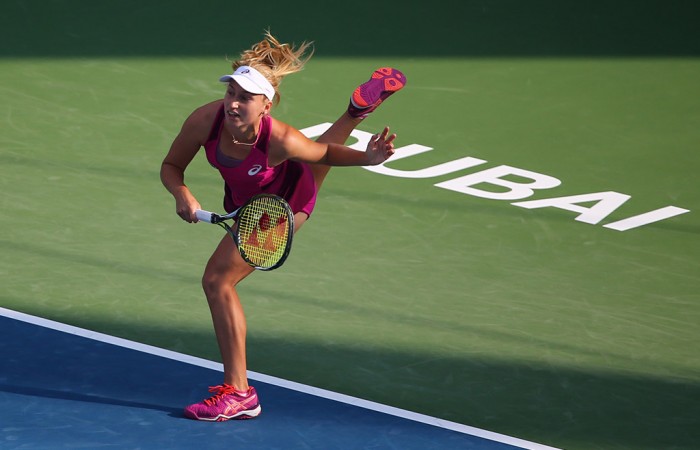 Australian Daria Gavrilova has been knocked out of the Dubai Tennis Championships after being hammered 6-1 6-0 by Serbia’s Ana Ivanovic in the first round on Tuesday.

The Australian, who committed 22 unforced errors and was broken by Ivanovic six times, was playing the main draw for the first time.

Ivanovic, a former WTA No.1 and French Open champion, has set up a second-round showdown with top seed Simona Halep.

The 28-year-old Serb is back on court with British coach Nigel Sears, who collapsed during her third-round loss at month at the Australian Open against Madison Keys.

“He’s obviously feeling healthy, everything is going well,” Ivanovic said after going through in 53 minutes.

Ivanovic has shaken up her support team again, with Sears now back in as coach and some fresh personnel coming on board.

“We did some big changes. I have a new fitness coach also with me, it’s a new, solid team I have behind me now,” the 17th-ranked Ivanovic said.

“And all the hard work we have done in the off-season and also injury prevention and also fitness work obviously gives you confidence.”

The day’s shock upset belonged to fifth-seeded Belinda Bencic of Switzerland who this week became the first teenager in seven years to reach the top 10. She lost 4-6 7-5 6-4 to Jelena Jankovic of Serbia.