Fed Cup: Australia to host US in play-off

Australia will look to return to the Fed Cup World Group when it takes on the United States in April's Play-offs. 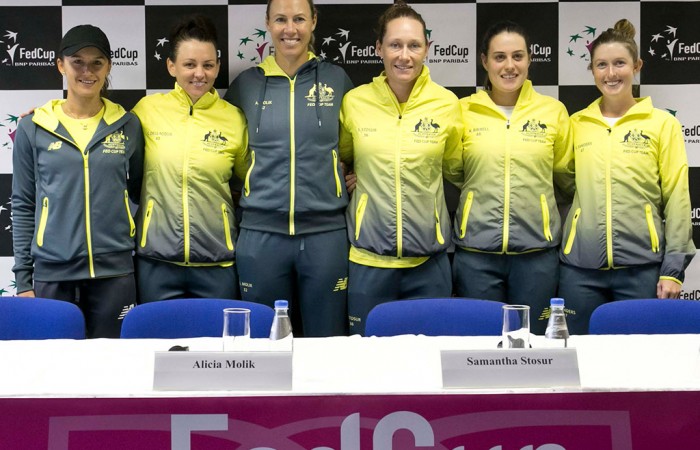 Australia will host the United States in April in the Fed Cup Play-offs, with both nations trying to win back their place in the top-tier World Group.

Seven-times winners Australia were drawn against the 17-time champions on Tuesday to con test the play-off tie from 16-17 April.

Australia, knocked out of the World Group last April when they fell to the Netherlands, booked their place in April’s play-off with a Sam Stosur-inspired victory over Slovakia on the weekend.

Stosur won all three matches she contested to ward off an upset, while the USA swept Poland despite being without world No.1 Serena Williams.

In other pairings, Germany travels to Romania, Spain hosts four-time champion Italy and Belarus is in Russia.