Season back on track, says Stosur

Sam Stosur believes her brilliant Fed Cup performance over the weekend could be the key to a stronger showing for the rest of 2016. 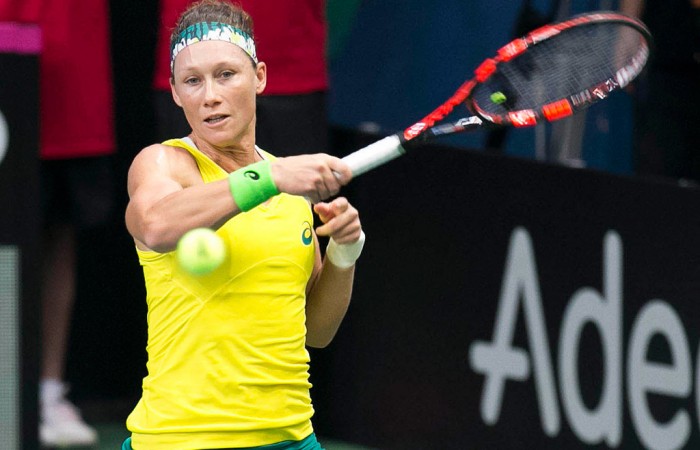 A rejuvenated Sam Stosur hopes her heroic efforts in reviving Australia’s Fed Cup hopes can spark a reversal of her 2016 fortunes.

Stosur’s year got off to a rough start with an Australian Open first-round exit, prompting questions from the likes of Todd Woodbridge about whether the 30-year-old would again reach the levels which delivered her a US Open triumph and French Open final appearance.

However the problems which pervaded that straight sets defeat to Czech qualifier Kristyna Pliskova were largely absent this weekend, as she won three rubbers to guide Australia to a 3-2 victory over Slovakia.

The world No.27 admits her early exit in Melbourne hurt but the events in Bratislava, where her power game proved too much for Slovak pair Jana Cepelova and world No.29 Anna Karolina Schmiedlova, gave her renewed confidence for the year ahead.

“It definitely could (set up the year),” said Stosur, who expects to take a break in Australia before returning for the Indian Wells tournament in the US in March.

“Regardless of (when I next play) it’s nice going into your next event knowing you’ve won your last couple of matches and playing under those sorts conditions like I was here.

“You never know what kind of momentum it might bring but certainly it’s boosted that confidence again after the Aussie Open.”