Han Xinyun has scored a commanding victory over Alla Kudryavtseva to take out the Neville-Smith Forest Products Launceston International title. 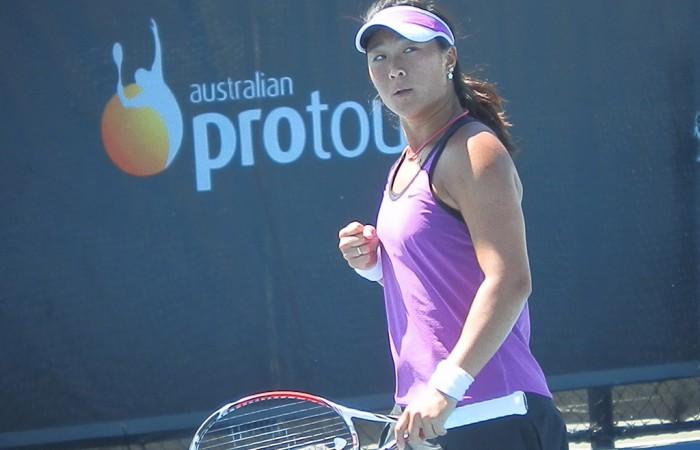 China’s Han Xinyun has taken out the Neville-Smith Forest Products Launceston International title on Sunday after a comprehensive victory over former world No.56 Alla Kudryavtseva.

“I’ve won the doubles title here before, so it’s great to now win in singles as well,” said the current world No.137. “I love Tasmania and I love playing in Australia.”

The 25-year-old, a wildcard entrant at this year’s Australian Open where she made the second round – eventually losing to Yulia Putintseva – simply dominated her more experienced Russian opponent, winning 6-1 6-1 in less than an hour.

It was good week in Launceston for the Chinese players, with You Xiaodi and Zhu Lin taking out the doubles title after defeating top seeds Mandy Minella of Luxembourg and Ukraine’s Nadiia Kitchenok 2-6 7-5 [10-7] on Friday.