Tomic’s Australian Open run stops at the hands of Murray

The last standing Aussie at the Australian Open, Bernard Tomic has been bundled out after being defeated by World No. 2 Andy Murray 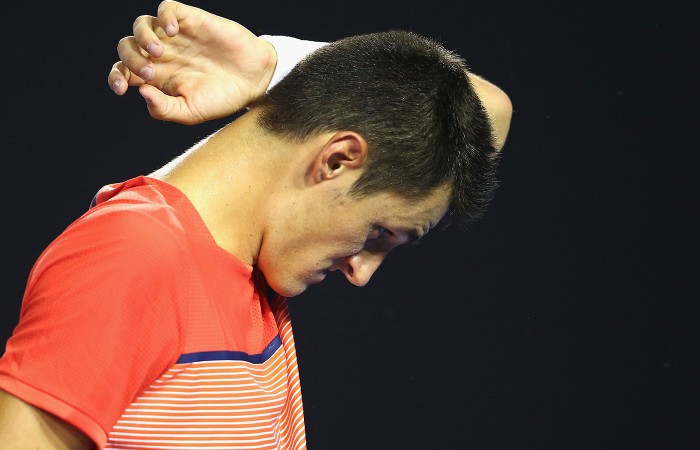 Andy Murray has ended home hopes at the Australian Open for another year with a hard-earned straight-sets fourth-round win over Bernard Tomic.

Tomic played catch up all night at Rod Laver Arena as the reigning Olympic champion and world No.2 eased past the less-experienced Tomic early with two service breaks for Murray in the opening set.

Tomic dropped serve for a third time to fall behind early in the second set and, even after gaining a foothold in the match with a break of his own for 1-1, the 16th seed gave it straight back.

Murray snared another break in the third game of the third set before Tomic rallied, then fought to hold to love for 3-2 after winning the rally of the match.

The 23-year-old said pre-match he’d been fired up by Roger Federer’s challenge to crack the world’s top 10.

But his current career-high ranking will instead go south next week after the Queenslander’s campaign ended frustratingly in the round of 16 for a third time in four years.

Despite pushing Murray into a tiebreak for the first time in four meetings, Tomic’s spirited late stand wasn’t enough as the British Davis Cup hero closed out the contest on his second match point to spoil Australia Day celebrations at Melbourne Park before they even started.

“It was a tough match. Both of us had chances,” Murray said.

“He fought right till the end and made it tough for me. I was just able to make a few more balls.