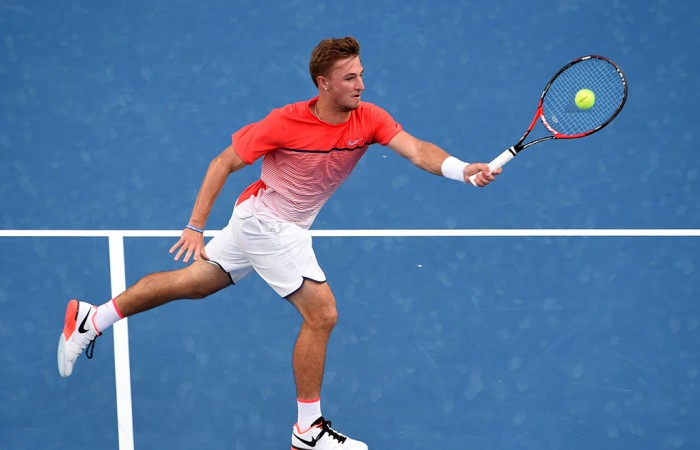 The 18-year-old showed glimpses of his potential, engaging his fine running game to win a stunning rally and break the Frenchman in the fifth game of the first set.

He was immediately broken back, then showed his heart to recover from 0-40 to hold serve.

Tsonga broke in the 12th game to claim a tight first set and never looked back.

The third set was a fight, with Jasika claiming a 20-shot rally that showed his determination.

But without the Frenchman’s weapons, he was unable to break the 2008 Australian Open finalist, who will play countryman Pierre-Hugues Herbert in the third round.

Tsonga, who also paused to help a young ballgirl seek treatment for a blood nose, praised his young opponent.

“At the start he played really well and got on top of me … he’s got a different game than older players,” he said.

“I started to understand a bit more and I played well, I’m really happy to get through.”