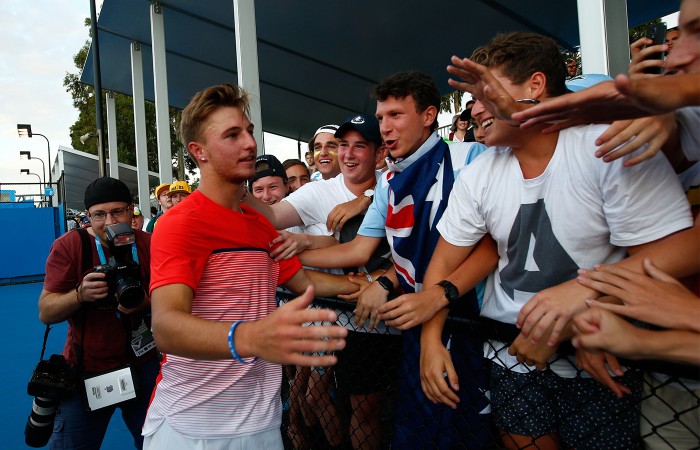 The 18-year-old showed exactly why he was awarded a wildcard entry into the main draw of the Open.

Jasika saved three break points during the decisive fourth set, all of which came when Marchenko unsuccessfully tried to level it 4-4.

Jasika then showed experience beyond his years to serve out the game without losing a point.

The highlight of the Victorian’s impressive win was a clinical third set, which lasted just 26 minutes.

Nonetheless, he wasn’t expected to trouble world No.76 Marchenko.