Kyrgios up for any Open challenge

Nick Kyrgios says he's ready for anything as he plots an encore to his 2015 charge to the Australian Open quarterfinals. 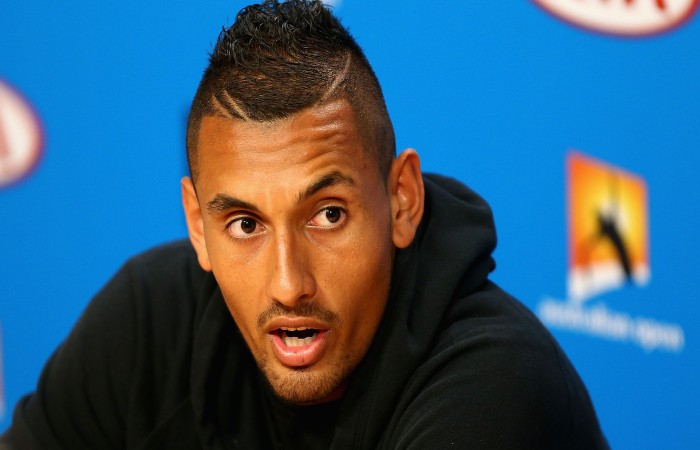 A year older and wiser, Nick Kyrgios says he’s ready for anything as he plots an encore to his 2015 charge to the Australian Open quarterfinals.

But the newly-crowned Hopman Cup winner has higher hopes in 2016.

“Obviously last year I had a really good run,” Kyrgios said on Saturday.

“I just remember it being a really rollercoaster couple of weeks.

“When I lost against Andy (Murray), it almost felt like I was exhausted, mentally and physically drained.

“Coming back this year, I feel like I’ve grown, physically made a lot of improvements. I feel as if I’m ready for whatever comes.”

While it was only an exhibition event, Kyrgios’s breakthrough victory over Murray in Perth this month was a huge confidence booster and the 20-year-old is considered one of the biggest threats to Novak Djokovic’s title defence.

“I feel as if I’m more relaxed this year,” said Kyrgios, the 29th seed.

“Coming around, I’ve got a lot more confidence in my game. I feel a lot more comfortable playing in front of the crowd this year.

Kyrgios retired from his opening match at last week’s Kooyong Classic against David Goffin, but said the foot niggle that caused the retirement is no concern ahead of his Open opener with Spaniard Pablo Carreno Busta.

“It’s feeling good. Had a lot of treatment on it,” he said.

Kyrgios is among five Australians in action on day one at Melbourne Park.

Australian women’s No.1 Samantha Stosur, seeded 25th, plays a qualifier and isn’t making any bold predictions on the eve of her 14th Open appearance, having made the fourth round twice – in 2006 and 2010.

“I don’t ever really say I want to make this round, otherwise I’m not going to be happy,” Stosur said.

“At a tournament, success is defined by what round you get to. But for me, I want to handle myself well, play well, do the things that I need to be doing, put myself in good positions hopefully to win many matches.

“If I can do all that and play to my ability, then I’ll be happy.”