The semifinals have been set in the Canberra 75K ATP Challenger. 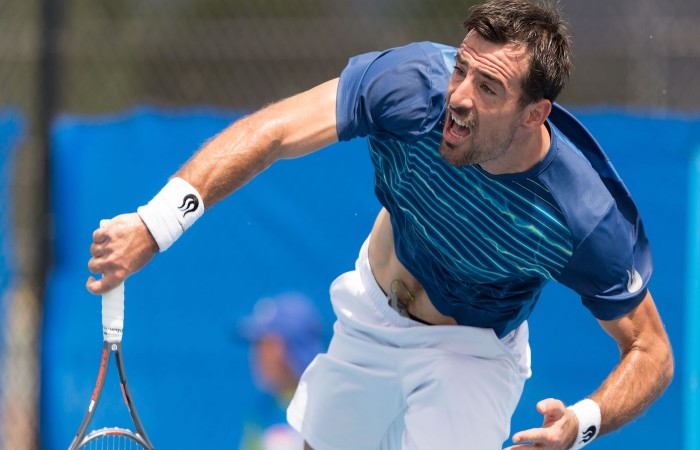 The pair traded two breaks in the opening set of their quarterfinal on their way to a tiebreaker, which 31-year-old Dodig, the fifth seed, took with ease before stretching away from the Colombian to secure the victory.

“Today we both played a high level match,” Dodig said. “The first set was very tough but I came back and played some good points in the tiebreaker. I was more relaxed in the second and it was a bit easier for me.”

Dodig, a former world No.29, reached the round of 16 in Brisbane last week before losing to eventual champion Milos Raonic and appears to be hitting his stride ahead of the upcoming Australian Open.

“I have had so far now two great weeks,” he said. “I feel good on the court. Hopefully I will keep my form and play well here tomorrow and then in Melbourne.”

The remaining quarterfinals were settled via retirement with both Australian Open 2016 wildcard Quentin Halys from France (heat exhaustion) and Argentine Diego Schwartzman (right hand) forced to quit after the completion of their first sets against respective Spanish opponents Marcel Granollers and Daniel Munoz De La Nava.

Despite some individual highlights – including Andrew Whittington backing up his Happy Valley semifinal appearance with a win over world No.117 Nikoloz Basilashvili – it has been a tough event for the locals with remaining Aussies Whittington, Maverick Banes and wildcard Max Purcell all losing their second round encounters on Wednesday.