Fritz too strong for Whittington in Happy Valley semi 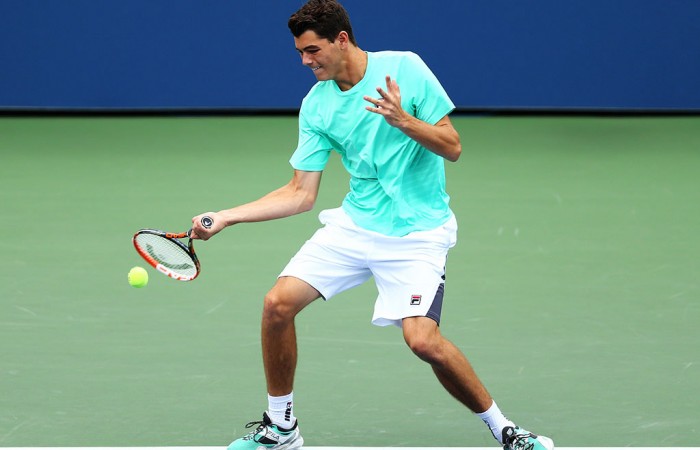 Rising American 18-year-old Taylor Fritz has ended Andrew Whittington’s impressive run to the semifinal of the City of Onkaparinga ATP Challenger 2016, overpowering the Victorian qualifier in straight sets on Saturday.

The reigning US Open junior champion and world No. 175 didn’t face a single break point, dominating proceedings from the outset with his big serve and forehand to post the 6-0 6-2 victory in just 53 minutes.

“Everything has gotten a lot better,” Fritz said of his game since his last appearance on Australian soil nearly a year ago. “My movement and fitness, everything physically, I’ve been spending more time in the gym and getting a lot stronger.”

Fritz – the eighth seed in Happy Valley – finds himself in his fourth ATP Challenger final in just eight appearances, and will now face top seed Dudi Sela; the Israeli edged past Marton Fucsovics 6-2 6-7(2) 7-6(4) in his semifinal, but only after staving off two match points when the unseeded Hungarian served for the match leading 6-5 in the deciding set.

Sela, 30, will be looking to add a 20th ATP Challenger title to his career tally.

“We’ll see what happens,” Fritz said of the upcoming final. “I played Sela last year at Indian Wells qualifying (he won that encounter 6-3 6-0) but that was a while ago. Either way, I feel good about whoever I’m playing at the moment.”

For 22-year-old Whittington, despite the loss, his Happy Valley campaign – in which he defeated second seed Bjorn Frantangelo among other notable wins – will see him move up over 100 ranking places, re-entering the world’s top 500.

The final will be streamed live on Tennis Australia’s YouTube channel.