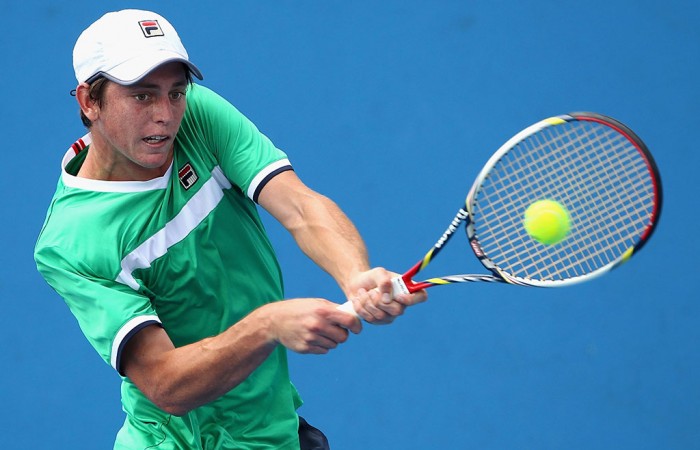 Andrew Whittington has kept his solid form through qualifying intact by upsetting world No.128 and second seed Bjorn Frantangelo in the opening round of the City of Onkaparinga ATP Challenger 2016 in Happy Valley on Tuesday.

The 22-year-old Victorian maintained his composure in the tightly fought contest, eventually running out a 6-3 3-6 6-3 victor over the American.

“It’s one of my best wins in singles, that’s for sure,” Whittington said. “I just went out there and gave it my all.”

With a quarterfinal his best performance at ATP Challenger level to date, Whittington has created an opportunity to match and even eclipse that this week as he looks to capitalise on some newfound belief.

“I think I’m playing the big points really well, sticking to my game plan,” he said. “I’m playing on my terms and it’s working out really well at the moment.

“Hopefully I can keep it going.”

Standing in his immediate way is South Australian wildcard Bradley Mousley, who is also enjoying a rich vein of form after his recent semifinal appearance at the Australian Open Wildcard Playoff and a first round victory over Serb Laslo Djere.

“It will be a tough battle,” Whittington said of the upcoming encounter. “I’m looking forward to it.”

Victorian Dayne Kelly, who also qualified for the event, defeated Brit Daniel Evans in their first round affair, 7-5 6-4.

Kelly now faces top seed Dudi Sela for a place in the quarterfinal, with Bolt taking on German Nils Langer and Banes hopeful of getting past world No.214 Marton Fucsovics.