Bernard Tomic is the last Aussie standing going into the second round of the Brisbane International. 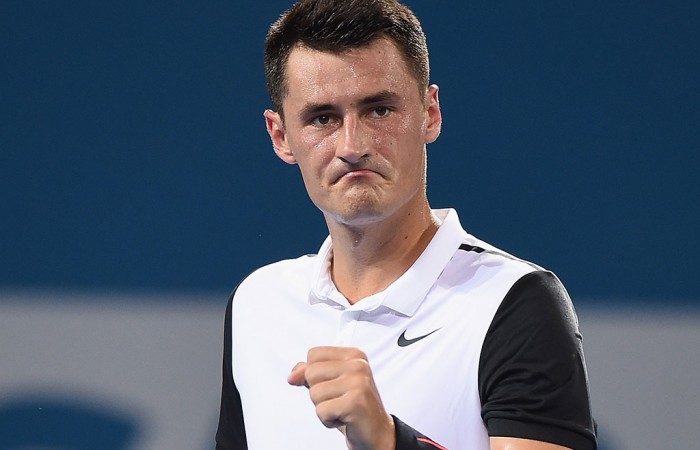 Bernard Tomic has become the only Australian to advance into the Brisbane International men’s second round.

The world No.18 booked a second round clash with former Brisbane champion and Czech veteran Radek Stepanek.

It is a positive start for the former Wimbledon quarterfinalist, who aims to crack the world’s top 10 this year.

Tomic, 23, also hopes to make a habit of turning Brisbane success into an Australian Open run.

He made the Brisbane quarterfinals last year, before making his second consecutive Australian Open fourth round appearance.

Tomic was broken by world No.71 Mahut to trail 4-3 on Tuesday night but rattled off the next three games to clinch the first set.

He kept the foot down, closing out the match in just 69 minutes.

Tomic was the final local hope in the men’s draw after James Duckworth and teenager Oliver Anderson were eliminated in the first round at the Queensland Tennis Centre on Tuesday.

Dodig takes on big-serving fourth seed Milos Raonic of Canada in the second round.

World No.65 Kukushkin downed Denis Istomin of Uzbekistan 6-2, 7-5 to book a second round clash with second seed Kei Nishikori of Japan.