Sam Stosur will on Wednesday have scans on her right wrist after experiencing pain in Brisbane, but is confident it won't affect her Australian Open campaign. 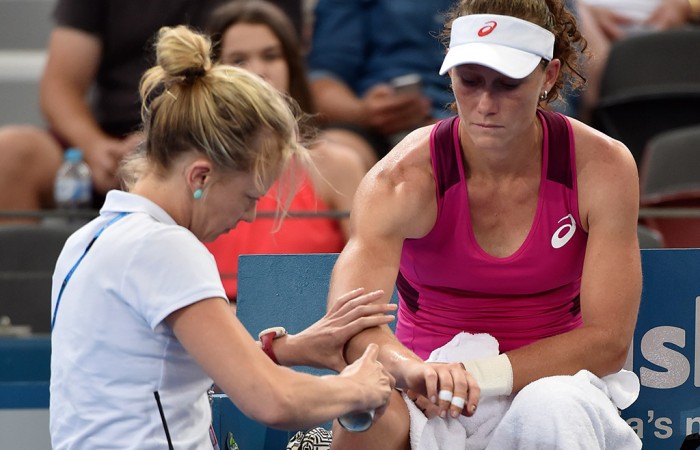 The cause of her sore wrist may still be a mystery but Sam Stosur is certain of one thing – her Australian Open preparation won’t be interrupted.

Stosur said she would undergo scans on Wednesday on her right wrist that was heavily strapped in her Brisbane International second round loss to world No.13 Carla Suarez Navarro.

However, the former US Open champ did not appear fazed by the untimely injury after succumbing in three sets to the Spanish sixth seed at Pat Rafter Arena.

“At the moment we just think it’s inflammation, maybe the tendon,” world No.27 Stosur said.

“But I didn’t hit any particular shot where I went ‘ow’ so I think that’s a good sign that I haven’t done something acutely.”