Sam Stosur recovered from 6-1 4-1 down and saved a match point in the second set, yet couldn't stop Carla Suarez Navarro emerging a three-set winner at the Brisbane International. 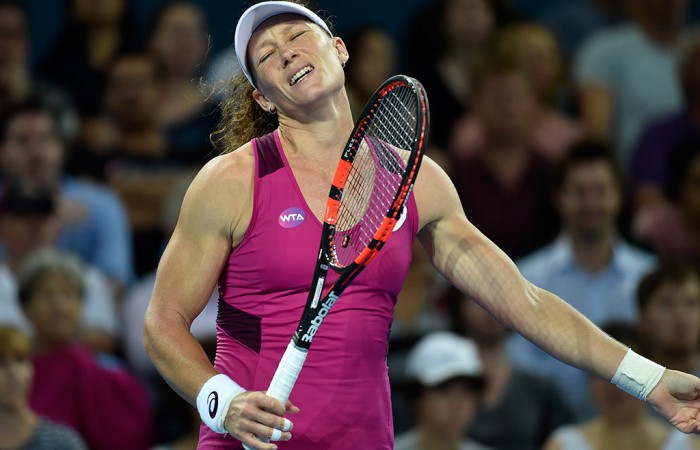 Stosur looked set for a demoralising defeat when she trailed 6-1 4-1 to the Spanish No.6 seed at Pat Rafter Arena.

But like she did against Jana Cepelova in round one, the Australian clawed her way back, staving off a match point in the 10th game and winning a second-set tiebreak.

She will face the winner of the match between compatriot Garbine Muguruza – the tournament’s second seed – and American Varvara Lepchenko.