Aussies set to dazzle in Hobart

Jarmila Wolfe and Maddison Inglis have received wildcards into Hobart International 2016, and will join a stellar field at the Domain Tennis Centre. 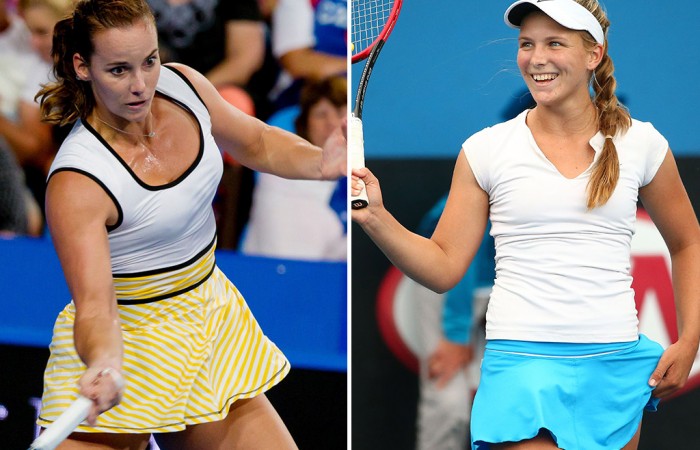 Wolfe, currently representing Australia Gold alongside Lleyton Hewitt at the Hopman Cup in Perth, became the second Australian to win the Hobart International in 2011. This year marks the fifth anniversary of her title-winning run at the Domain Tennis Centre.

“I’m delighted to be heading back to Hobart. Hopefully I can go as far as I did in 2011. I have fond memories of my time in Hobart after winning in 2011. I appreciate this wildcard and hope I can have a great tournament,” Wolfe said from Perth.

Western Australian Maddison Inglis will make her WTA main draw debut in Hobart. The 17-year-old started the summer in stellar fashion, reaching the final of the 18-and-under championships and then winning the Australian Open Play-off during the December Showdown at Melbourne Park to earn an Australian Open main draw spot.

“We are delighted to have Jarka and Maddison join our main draw list,” said Mark Handley, Hobart International Tournament Director.

“Jarka won the event in 2011 and Maddi played in qualifying here last year. Both players understand the Hobart conditions and we wish them both every success in the event.”