France will now be represented by Caroline Garcia and Kenny De Schepper after Gael Monfils was forced to withdraw from the Hopman Cup due to a leg injury. 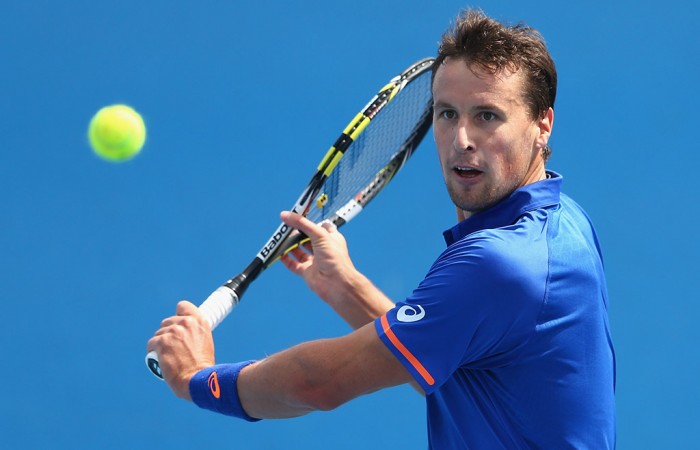 World No.24 Gael Monfils has withdrawn from Hopman Cup 2016 due to a leg injury and will be replaced by compatriot Kenny De Schepper for Team France.

“I’m disappointed that I have to withdraw from the Hopman Cup,” Monfils said today.

“I was really looking forward to travelling to Perth for the first time and teaming up with Caroline Garcia.

“I wish Kenny and Caroline the best of luck and hope they can hold up that prestigious trophy.”

Hopman Cup Tournament Director Paul Kilderry said it is disappointing to hear the news about Monfils but wished him a speedy recovery.

“It’s unfortunate to hear Gael is unable to play in Perth. We wish him well over the next couple of weeks ahead of the Aussie Open,” Kilderry said.

“We are pleased to welcome Kenny to the Hopman Cup field. We know how excited he will be to play on centre court at Perth Arena with Caroline next week.”

De Schepper, the current world No.148, experienced his best Grand Slam result with a fourth round appearance at Wimbledon in 2013 before reaching a career high ranking of No.62 in April 2014.

Hopman Cup is the official mixed team competition of the ITF and is proudly supported locally by the State Government, through Tourism WA. The event will take place at Perth Arena from 3-9 January 2016.

Tickets are on sale now via Ticketek.