World No.1 junior Taylor Fritz of the United States will headline the City of Onkaparinga ATP Challenger, the first event of the Australian Pro Tour in 2016. 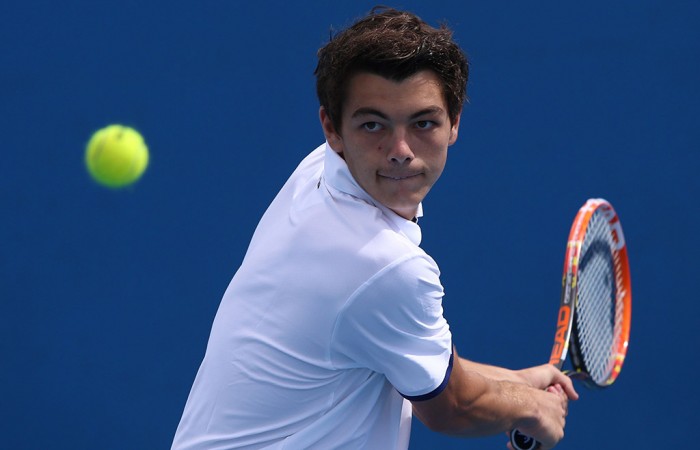 The preliminary player acceptance list for the City of Onkaparinga ATP Challenger 2016 has been released, headlined by world No.1 junior Taylor Fritz (USA) in a heavily international field that currently includes 15 players from inside the world’s top 200.

Fritz has enjoyed outstanding results on the junior Grand Slam stage in 2015, coming away with the title on home soil at Flushing Meadows as well as reaching the final at Roland Garros, semifinals at Wimbledon and quarterfinals at the Australian Open.

The 18-year-old is a player on the rise and will be one to watch when play gets under way at Happy Valley Tennis Club on 2 January.

Israel’s Dudi Sela, the highest ranked player in the field, will join Fritz as the top seed. The world No.100 has previously been ranked as high as No.29 and holds an impressive total of 19 career Challenger singles titles, including three in 2015.

“We are obviously thrilled to announce a strong field of players planning to come to the City of Onkaparinga ATP Challenger 2016,” said Tennis SA Chief Executive Officer, Steven Baldas.

“It is very exciting that in its second year this event has been able to draw such a highly ranked field of players set to offer the local community the opportunity to watch world class tennis right in their backyard.

“The countdown to the event is on, with Happy Valley Tennis Club and tournament staff in final preparations for the tournament.”