Australia's top tennis towns will be cheering for some of the world's best players at this year's Australian Open. 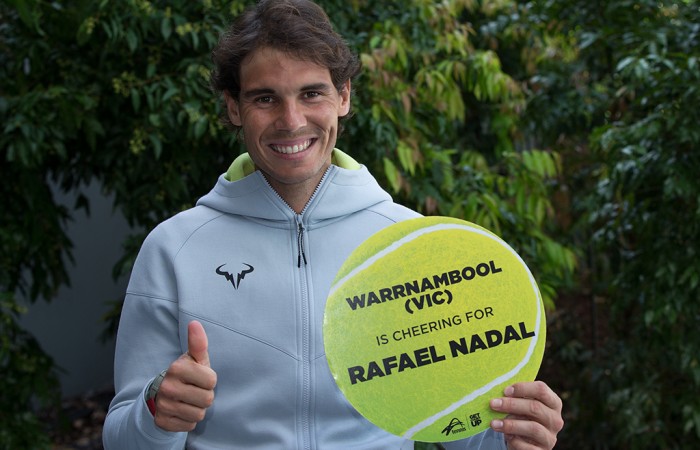 In 2015 clubs from every corner of Australia hosted Free Tennis Days, opening up their clubs to the local community and encouraging people of all ages and abilities to pick up a racquet and have a hit.

By hosting a Free Tennis Day clubs earned points for their town, with extra points earned for every person in attendance on the day. The top points-scoring towns have now been rewarded with players to support on court at Melbourne Park this summer.

In 2015 players were excited to have whole towns support their Grand Slam campaigns and keen to learn more about their adopted Australian towns.

Three-time Australian Open champion and world No.1 Serena Williams (USA) asked where the town of Casino (NSW) was located, Melbourne’s Andy Murray (GBR) received a good luck tweet from City of Melbourne Lord Mayor Robert Doyle before the men’s final and Grigor Dimitrov (BUL) tweeted his thanks to the town of Rowville (Vic) for its support.

Tennis legend Todd Woodbridge said he was excited for the Tennis Australia initiative to roll out in January.

“Aligning the world’s top players with towns that have embraced Free Tennis Days is a great way to reward them for promoting tennis in their community,” Woodbridge said.

“The players enjoy hearing they have a whole Australian town cheering for them, and they often take to social media to engage with their towns.

“This initiative is all about encouraging tennis participation everywhere from major cities to rural communities and giving these towns a chance to get noticed by the world’s top players.”

The complete list of player/town match-ups is available here.